Now in the fifth decade of an illustrious international career, Misha Dichter traces his musical heritage to the two great pianistic traditions of the 20th century: the Russian Romantic School as personified by Rosina Lhevinne, his mentor at The Juilliard School, and the German Classical style that was passed on to him by Aube Tzerko, a pupil of Artur Schnabel. Mr. Dichter reveals this dual legacy in his solo recitals and appearances with virtually all of the world’s major orchestras, performing the grand virtuoso compositions of Liszt, Rachmaninoff and Tchaikovsky, as well as music from the central German-Viennese repertoire–works by Mozart, Beethoven, Schubert, and Brahms--which embody more introspective qualities.
£10.99
In stock
Catalogue Number
NI2578
Add to Wish List
Email
Skip to the end of the images gallery 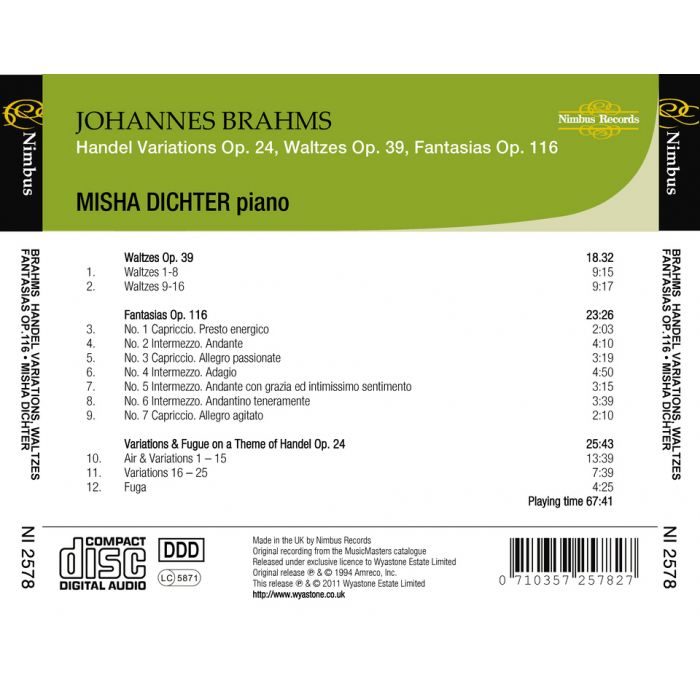