This CD, selected from the wealth of music recorded by the choir on the Nimbus label, represents a musical journey, a fitting companion to the physical journey we have made in and around the US and Canada in 2011. Much of the programme has Christ Church and Oxford connections as a common theme, from Taverner at the time of the College’s foundation by Cardinal Wolsey in the first half of the 16th century, to one of the great English figures of the 20th century, William Walton. Here you will find a reflection of the glories of the English choral tradition as well as its contradictions. For example, all the earlier music is to Latin texts, written before the zeal of the Edwardian and Elizabethan reformers had caught hold. There is no doubt that the uninhibited musical invention found in Latin works of this period was almost miraculous in its ability to raise the spirits to a sense of the divine. The music of two great continental composers of sacred music reinforces the point, namely Lassus and Vivaldi.
£10.99
In stock
Catalogue Number
NI1530
Add to Wish List
Email
Skip to the end of the images gallery 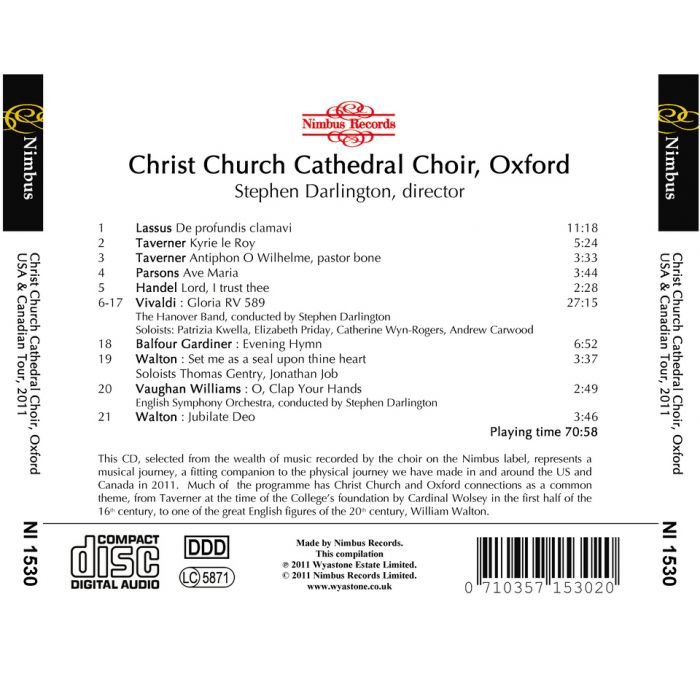