Paul Coles was born in Pembrokeshire, South Wales and had his debut as a guitarist at The Festival Theatre, Malvern in 1978. Besides regularly performing in concert he taught guitar for Gloucestershire Education Authority. It wasn’t until he moved to Dorset in 1990 that he began to compose seriously. His music includes orchestral and ensemble pieces. In 2002, ‘Snowman’s Waltz’, selected from his Christmas Suite was premièred and broadcast by the BBC Concert Orchestra on BBC Radio 2. His most recent compositions include a Suite for cello and guitar entitled ‘Evocaciones de España’, a Concerto for violin and orchestra and a Concertino for flute and guitar entitled ‘La Fiesta de Pamplona’.

More information on the music of Paul Coles, and other music for classical guitar, can be found at www.muzicaseditions.co.uk

£14.99
In stock
Catalogue Number
NI5811
Add to Wish List
Email
Skip to the end of the images gallery 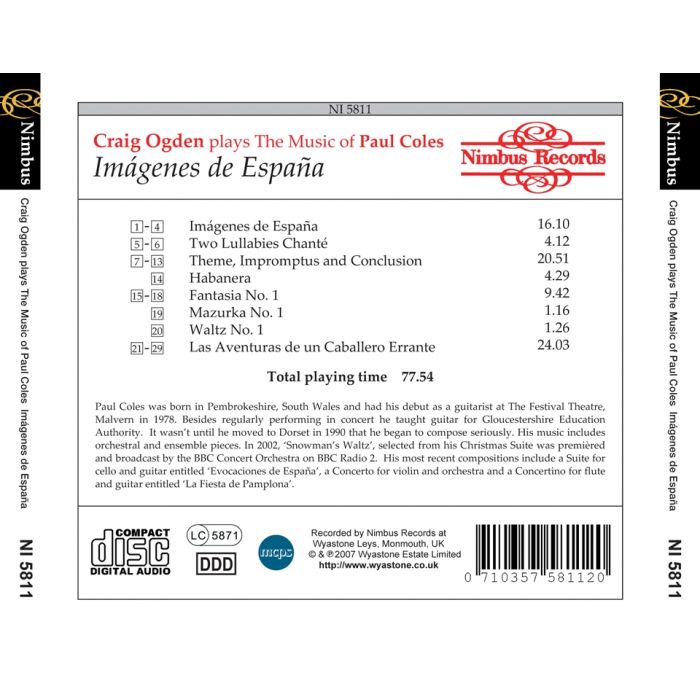