French colonists took the contredanse to the Caribbean in the eighteenth century. After the French Revolution, in the turmoil accompanying the birth of the first independent Caribbean republic, Haiti, many thousand French settlers, with their families and domestic slaves, fled to Cuba. Their cultural impact was considerable. The contradanza cubana that evolved had a binary structure pulsed to the Afro-Caribbean rhythm known as the cinquillo, and the habañera. In the second half of the nineteenth century the contradanza developed into the more elaborate danzón, danced by couples, and by the end of the contury musicians were incorporating the estribillo section of the son as a coda to the danzónes. Right up until the 1940s the danzón was very popular in Cuba.
£14.99
In stock
Catalogue Number
NI5502
Add to Wish List
Email
Skip to the end of the images gallery 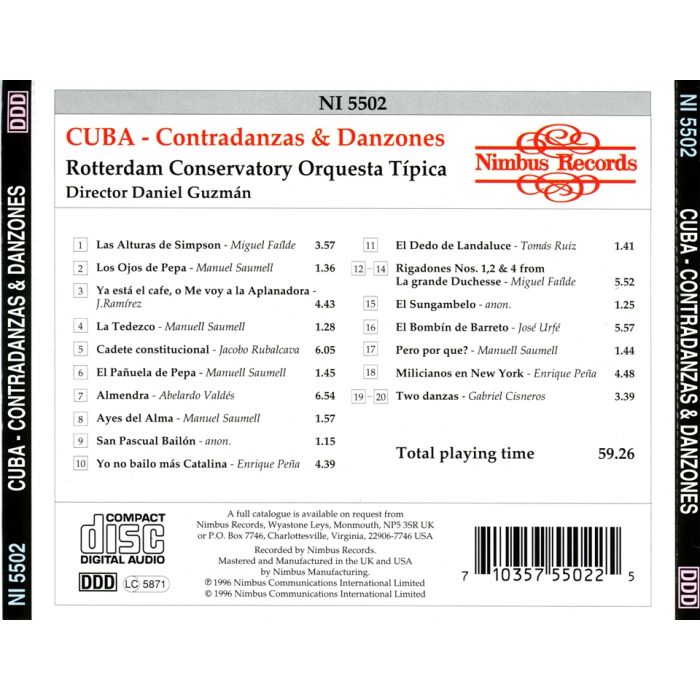