The song recital recorded here brings together five composers of vastly different persuasions. There is Ives, the inspired maverick, the first composer who captured the "feel" of America in music; Weill, who began life composing important "classical" scores and spent the last ten years of his life writing for movies and Broadway; Rachmaninoff, whose four great piano concerti are known the world over; Strauss, Germany’s last all-around genius; and Hugo Wolf, the only one among the five who devoted himself to the song (or rather Lied, we would say in his case) to the exclusion of almost everything else.
£10.99
In stock
Catalogue Number
NI2521
Add to Wish List
Email
Skip to the end of the images gallery 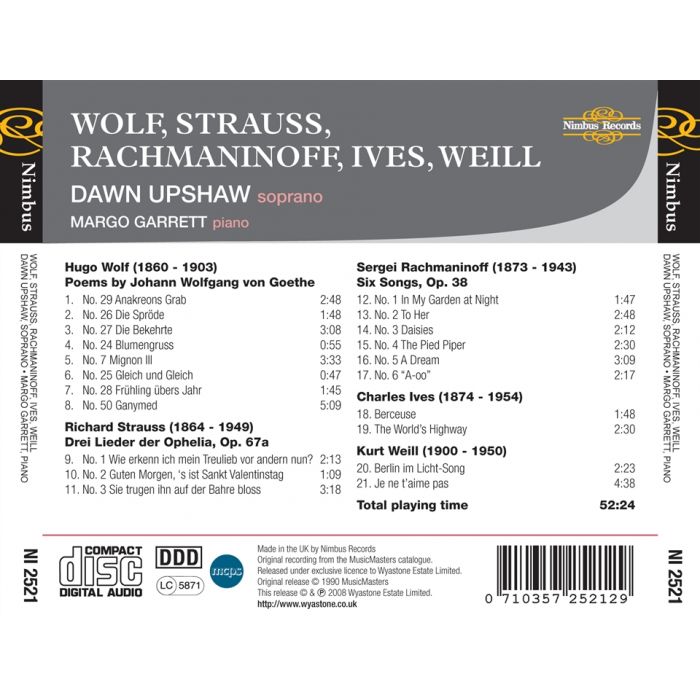