These five works, covering the range from Bloch’s student days in Brussels and through his first decades in the USA, bear witness to a fertile and expanding imagination. Central to any survey of Bloch must be the so-called ‘Jewish’ music which occupied him for just a decade around the time of the First World War and into the 20s and which includes his greatest and most popular score, Schelomo – Rhapsodie hébraïque for cello and orchestra from 1916. He did not invent the style, however, nor did he always inhabit this world, as evinced by the early Sonate and the big Suite 1919, neither of which could be labelled ‘Jewish’.
£14.99
In stock
Catalogue Number
NI5943
Add to Wish List
Email
Skip to the end of the images gallery 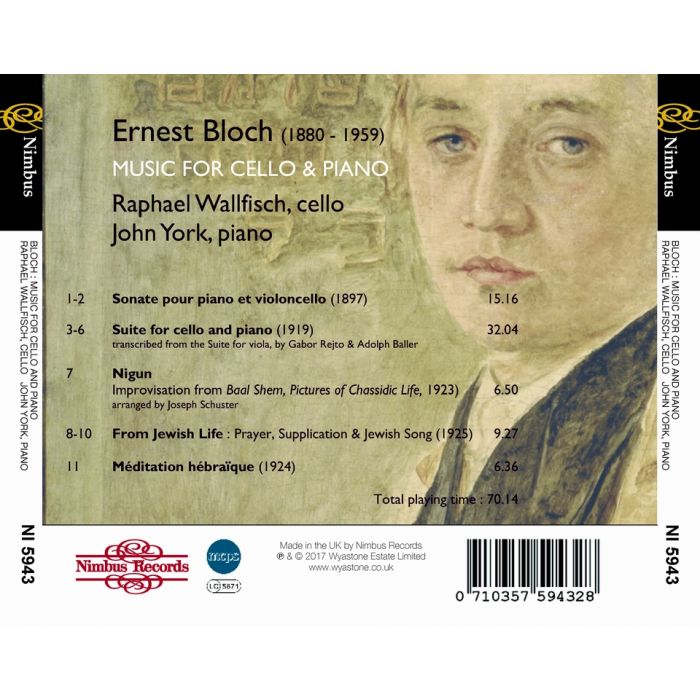