Richard Lester has been at the centre of early keyboard music for fifty years with a professional career that began in 1966. His teacher, George Malcolm generously promoted his debut recital at the Wigmore Hall, and from that followed concerts including the Royal Festival Hall Purcell Room, master-classes and recitals at Dartington International Summer School, Bruges Festival and the Bath International Festival. As a Fellow of the London College of Music, he has given many organ recitals in King’s College, Cambridge, St Paul’s Cathedral, Westminster Cathedral, Ely Cathedral, Coventry, and in 2013 he was invited to perform in St Mark’s, Venice, and Bergamo Cathedral.

£19.99
In stock
Catalogue Number
NI5948
Add to Wish List
Email
Skip to the end of the images gallery 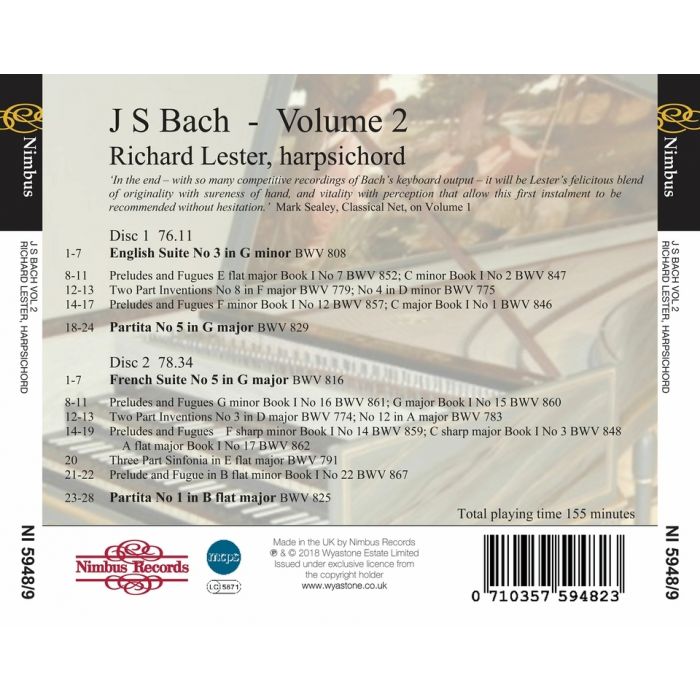