I felt a need, and relished the opportunity, to exploit my admiration for Clarke’s idiosyncrasies after having performed the Sonata so many times throughout my life – and the Dialogue with Rebecca Clarke, written in 2007, for the fine Moldovan violist Mikhail Mouller, was enormous fun to write. There are some recognizable motifs and rhythms, lifted from the sonata and re-used, combined with my own original themes, and my harmonies sometimes follow her general example. I wish I could really have had a conversation with the composer – but this concert showpiece has to make do … John York, March 2016
£19.99
In stock
Catalogue Number
NMP1081
Add to Wish List
Email
Skip to the end of the images gallery 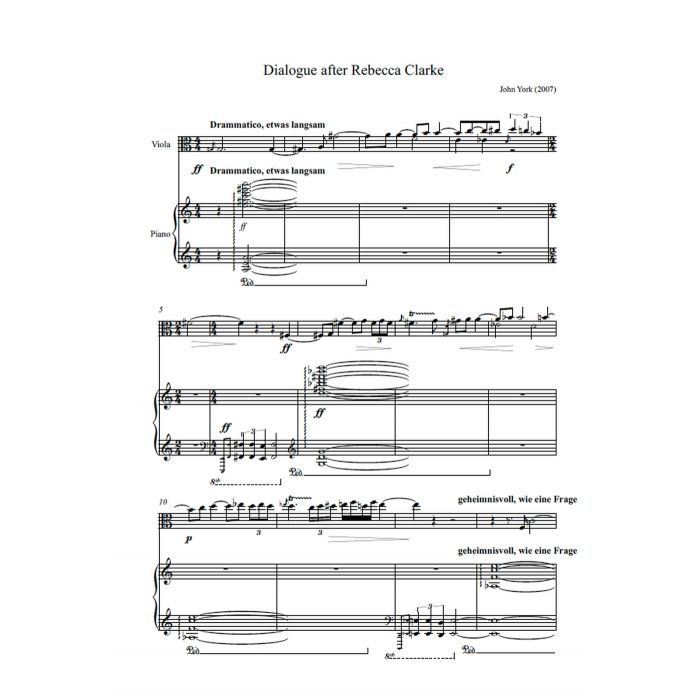