Here are the 27 finest tracks of vocalist, alto-saxophonist and bandleader, Louis Jordan (1908-1975), more than half of them chart-toppers, and making up the best single-CD selection available of this ebullient artist. Hailed as the “Father of Rhythm & Blues” and the “Grandfather of Rock ’n’ Roll”, Jordan formed his own band in 1938. The Tympany Five was a phenomenal success, notching up a still-unsurpassed record of 113 weeks at No.1 on the R&B charts! His innovative, extremely popular vocal style paved the way not only for the next generation of R&B singers but provided the direct inspiration for Bill Haley and Chuck Berry in founding Rock ’n’ Roll.

Choo Choo Ch’ Boogie was the million-selling hit that topped the R&B chart for 18 weeks – the longest ever. It is also the title and opening track of the Retrospective CD featuring his 27 best from 1939-1950. They include 14 crossover pop hits such as G.I. Jive (No.1 for 6 weeks) and Is You Is Or Is You Ain’t My Baby? (No.2) and no fewer than 15 titles that reached the R&B No.1 position: Ain’t Nobody Here But Us Chickens (for 17 weeks), Boogie Woogie Blue Plate (14), Saturday Night Fish Fry (12), Buzz Me (9), Caldonia (7), Jack, You’re Dead (7) and so on. Every number pulsates with life and exhilarating vibrancy – as Jordan’s immortal classic puts it, Let The Good Times Roll!

Five tracks feature Louis Jordan in duet with Ella Fitzgerald (Stone Cold Dead In The Market – another No.1 – plus two more), Bing Crosby (My Baby Said “Yes”) and Louis Armstrong (You Rascal, You).

£7.99
In stock
Catalogue Number
RTR4374
Add to Wish List
Email
Skip to the end of the images gallery 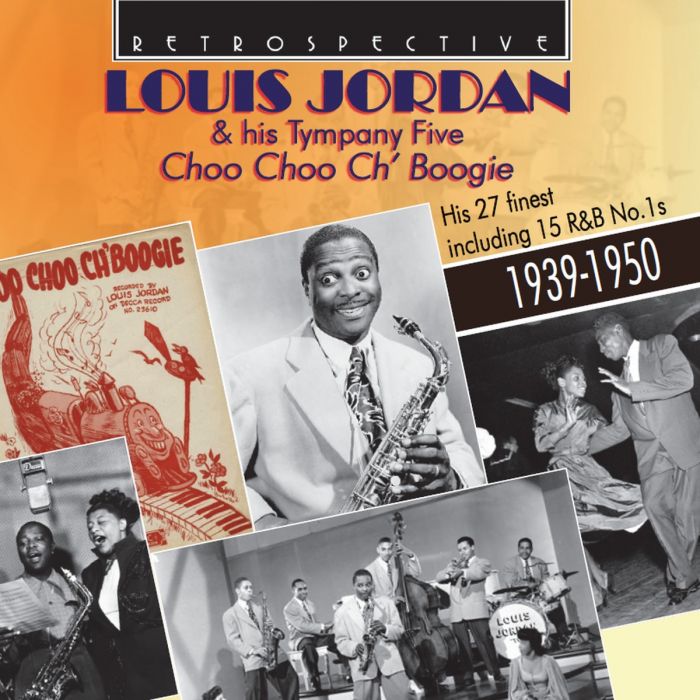