Marian Anderson in Oratorio and Spiritual 1936-1946

Marian Anderson was an African-American contralto and one of the most celebrated singers of the twentieth century. Most of her singing career was spent performing in concert and recital in major music venues and with major orchestras throughout the United States and Europe between 1925 and 1965. Although she was offered contracts to perform roles with many important European opera companies, Anderson declined all of these, preferring to perform in concert and recital only. She did, however, perform opera arias within her concerts and recitals. She made many recordings that reflected her broad performance repertoire of everything from concert literature to lieder to opera to traditional American songs and spirituals.
£7.99
In stock
Catalogue Number
NI7882
Add to Wish List
Email
Skip to the end of the images gallery 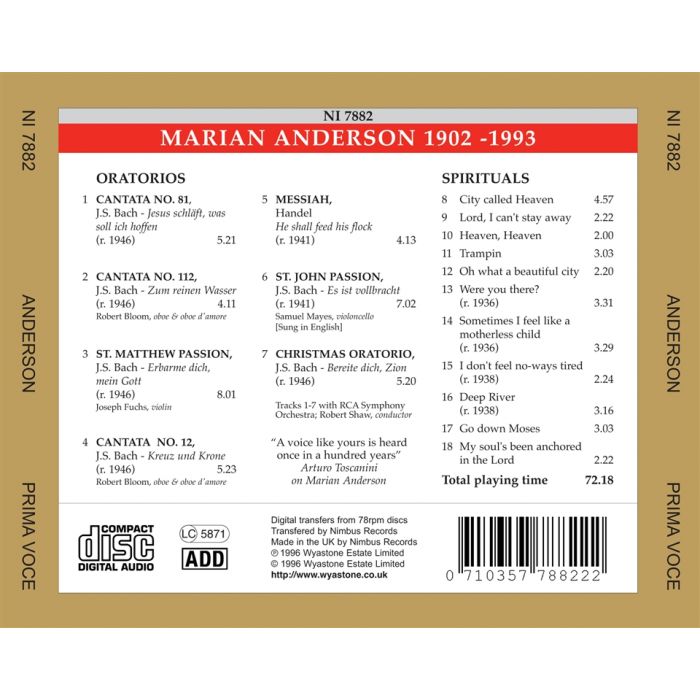