Malcolm Bilson has been in the forefront of the period-instrument movement for over thirty years. A member of the Cornell Music Department since 1968, he began his pioneering activity in the early 1970s as a performer of Haydn, Mozart, Beethoven and Schubert on late 18th- and early 19th-century pianos. Since then he has proven to be a key contributor to the restoration of the fortepiano to the concert stage and to fresh recordings of the ‘mainstream’ repertory. In addition to an extensive career as a soloist and chamber player, Bilson has toured with the English Baroque Soloists with John Eliot Gardiner, the Academy of Ancient Music with Christopher Hogwood, the Philharmonia Baroque under Nicholas McGegan, Tafelmusik of Toronto, Concerto Köln and other early and modern instrument orchestras around the world. He was awarded an honorary doctorate by Bard College and is a Fellow of the American Academy of Arts and Sciences.

£14.99
In stock
Catalogue Number
NI2579
Add to Wish List
Email
Skip to the end of the images gallery 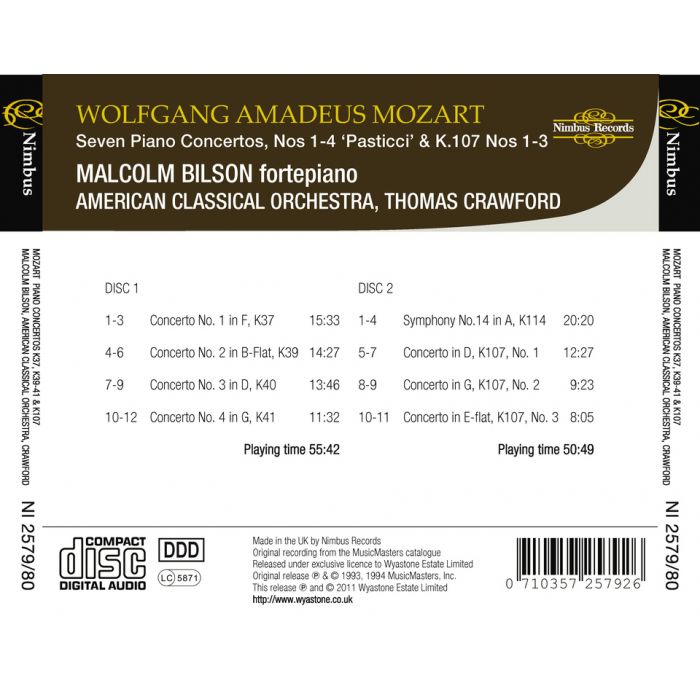