Cuba has had an influence on popular music out of all proportion to its size. The genre that dominates this influence is the son. It seems to have originated in eastern Cuba, influenced both by Afro-Cuban and Spanish musics. By the 1930s the son dominated popular music in Havana; famous groups such as the Sexteto Habanera, the Septeto Nacional of Ignacio Pineiro and the Trio Matamoros date from this time. Eventually the son became the pre-eminent Cuban genre, cutting right across racial, class and ethnic divisions. Later, ensembles took up residence in New York. The style we know as salsa took hold and flourished there and went on to conquer dance-halls world-wide.
£14.99
In stock
Catalogue Number
NI5517
Add to Wish List
Email
Skip to the end of the images gallery 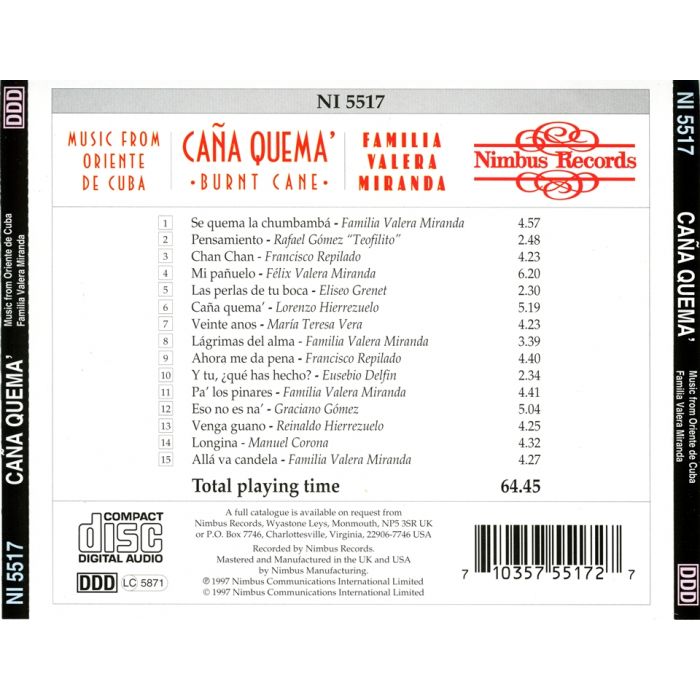