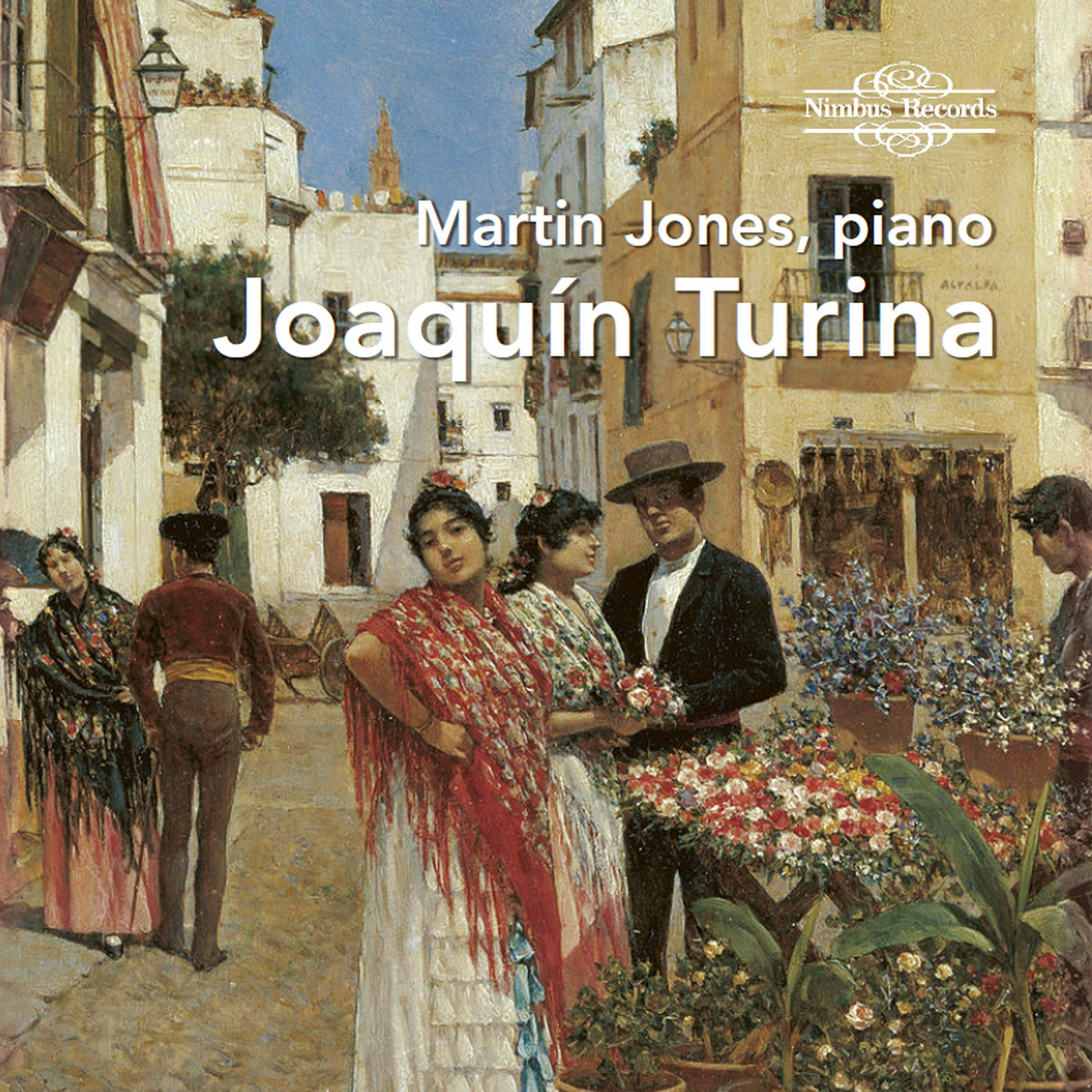 Joaquín Turina Pérez was born in Seville on December 9th, 1882 started his first music and piano lessons at age four, and made his official public debut on March 14th, 1897, at the Piazza de Sevilla. At fifteen he wrote his first opera - La Sulamita and in March he moved to Madrid where he embarked on a three years study. He continued to compose: piano works, a trio, a quintet, a short dramatic work titled, La Copla (Folk song). On March 14th, 1903, he presented himself to the people of Madrid at the Ateneo, with works from Scarlatti, Beethoven, Schumann, Wagner, and three of his own works which have subsequently disappeared. Turina established himself in Paris at the end of 1905, at the Kléber Hotel, and through the composer Cuban composer Joaquín Nin (then studying piano in Paris) he started taking piano and composition classes with the Polish master, Moritz Moszkowski. And in January, 1906, again at the instigation of Nin, he began composition classes with Vincent D’Indy at the Schola Cantorum, although he continued to study piano with Moszkowski. On April 29th, 1907,Turina performed at the Sala Aeolian with the Parent Quartet, he performed Quintets by Brahms and Franck, plus his own Poema de las estaciones (Poem of the seasons). The piece was successful, and was given an award at the Salón de Otoño the following year. Turina considered this Quintet his opus 1. It was at the Sala Aeolian that Turina met Isaac Albéniz. He later confessed that the conversation he had with Albéniz and Falla, on the night after that concert would bring about the complete metamorphosis of his musical life. While Albéniz agreed to work on the final preparation of the Quintet, he also extracted a promise from Turina that he would stop writing music with such a marked French influence, and would instead base his art in the popular song melodies of Spanish. Turina wrote ten more works during his time in Paris, that little-by-little moved away from the teaching of the Schola Cantorum and towards the songs and rhythms characteristic of his native Andalusia. Turina’s principal works are conceived for large forces and on a broad canvas, but he turned to the piano for the creation of suites of evocative miniatures throughout his life. 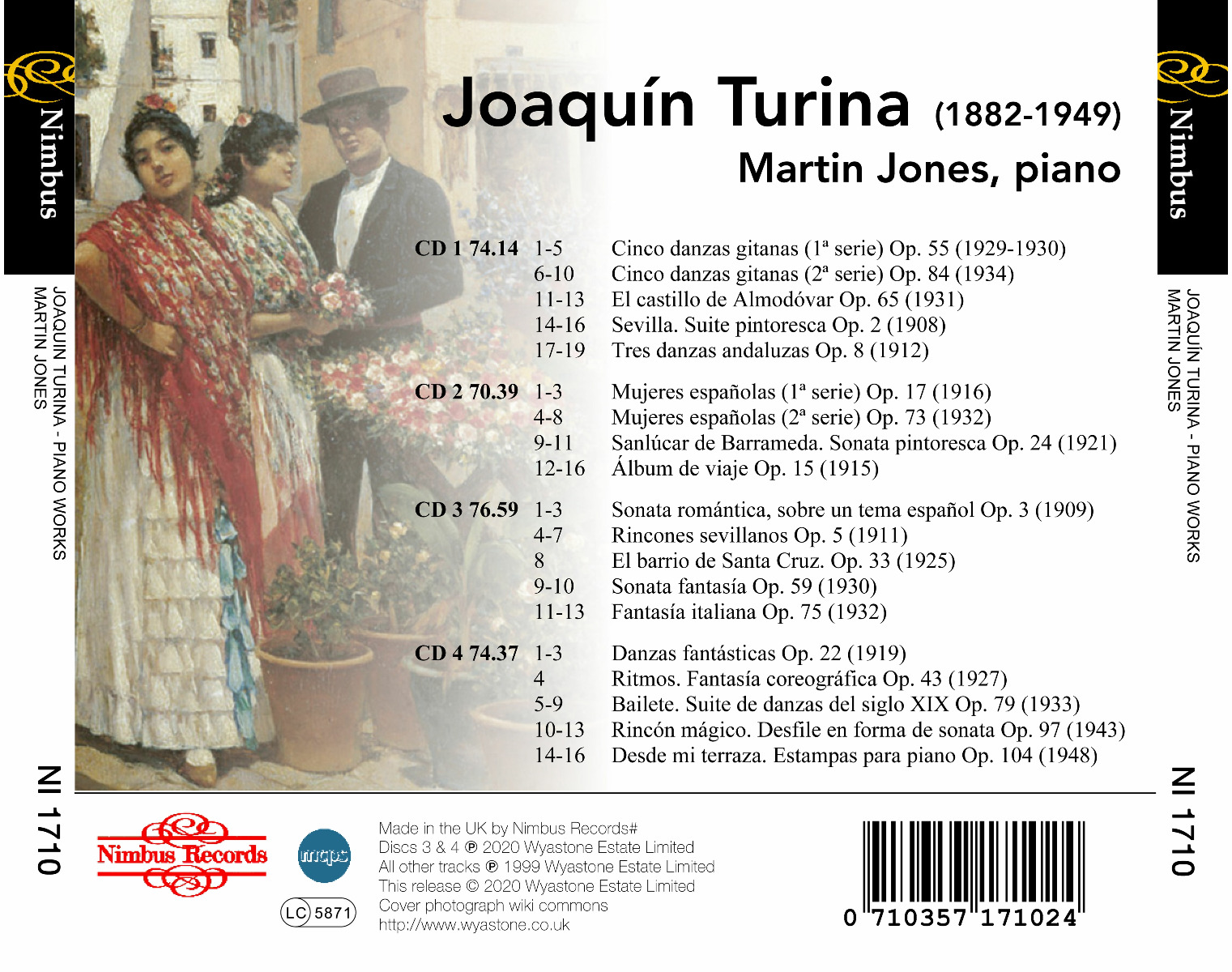 Martin Jones is a prolific recording artist and his many major projects include the complete solo piano works of Mendelssohn, Brahms, Debussy, Grainger, Stravinsky, Korngold, Szymanowski, Granados, Guastavino, Mompou, Ernesto Halffter, Joaquin Nin, Has Gál, Jean Françaix, Jean Roger-Ducasse, and Alan Richardson. “Martin Jones as a recording artist has been part of my listening experience for almost as long as I’ve been collecting LPs and CDs. Seeing his distinguished and still active career celebrated by Nimbus Records in this way is a true delight.” Dominy Clements, Musicweb 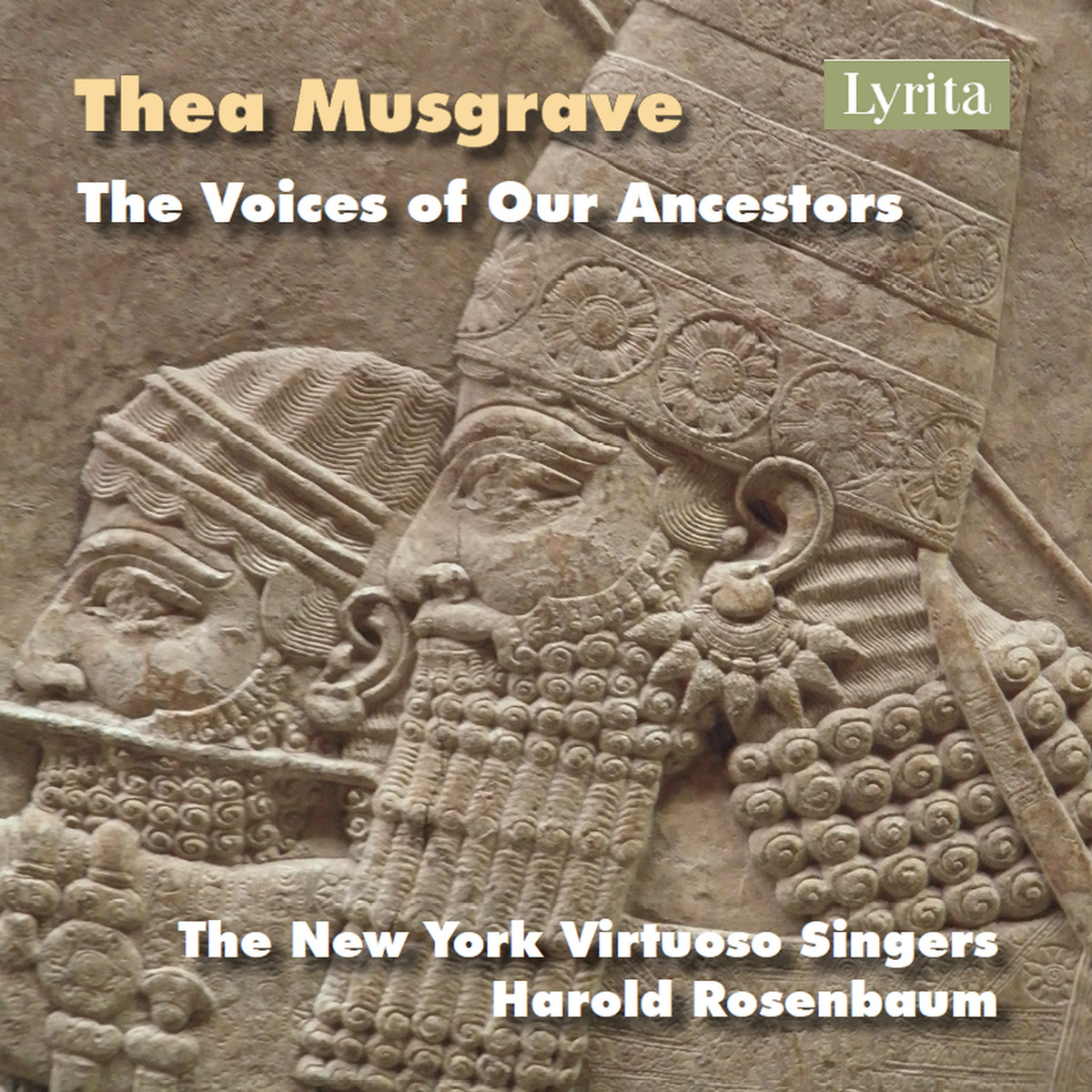 Following the international acclaim surrounding Thea Musgrave’s 90th birthday and the success of our 2018 premier recordings of Phoenix Rising, Poets in Love and Loch Ness, Lyrita is delighted to bring this new release dedicated to premier recordings of her choral works. One of Musgrave’s most powerfully expressive and lavishly intricate vocal works, Rorate Coeli is scored for unaccompanied SATB choir. There are also five soloists (SSATB), who sing both as a quintet and as individuals. The work was commissioned by the National Federation of Music Societies and the first performance was given by the Thomas Tallis Choir, conducted by Philip Simms in Greenwich on 26 September 1976. It is a setting of two interleaved poems of the famous Scottish poet William Dunbar (written circa 1500). One poem is the Nativity poem of the title, the other is the poem about the Resurrection: 'Done is a battle on the dragon black'. The work is framed by the rich chords of the opening line where full chorus is echoed by soloists. This setting of both poems simultaneously, reminiscent of medieval polytextural techniques, shows the future victory of the Resurrection along with present joy of the Nativity.

Commissioned by the John Armitage Memorial Trust and the Edinburgh Royal Choral Union, The Voices of our Ancestors is scored for brass quintet (horn, two trumpets, trombone and tuba), organ and SATB choir. The Voices of our Ancestors draws upon ancient texts from a number of linguistic sources, including Arabic, Persian, Hebrew, Latin, Greek, Egyptian and Chinese, all translated into English. The text reflects on some of the existential questions which are still considered today – whether God exists, what death is, what is above or below. It was the last line that especially grabbed Musgrave’s attention: ‘only he who is above understands all this… or perhaps he does not’! She was struck by the open-mindedness of this message, which resonated with her so much that she knew she had to set it to music.

Commissioned by Wells Cathedral, Missa Brevis, for SATB choir and organ was first performed by Wells Cathedral Choir, on the Feast of John the Baptist, Sunday 24 June 2018, in the presence of the composer and as a part of her 90th Birthday celebrations. This compact setting of the Ordinary of the Mass has a reassuring, positive character with several of the sections concluding brightly on major chords. 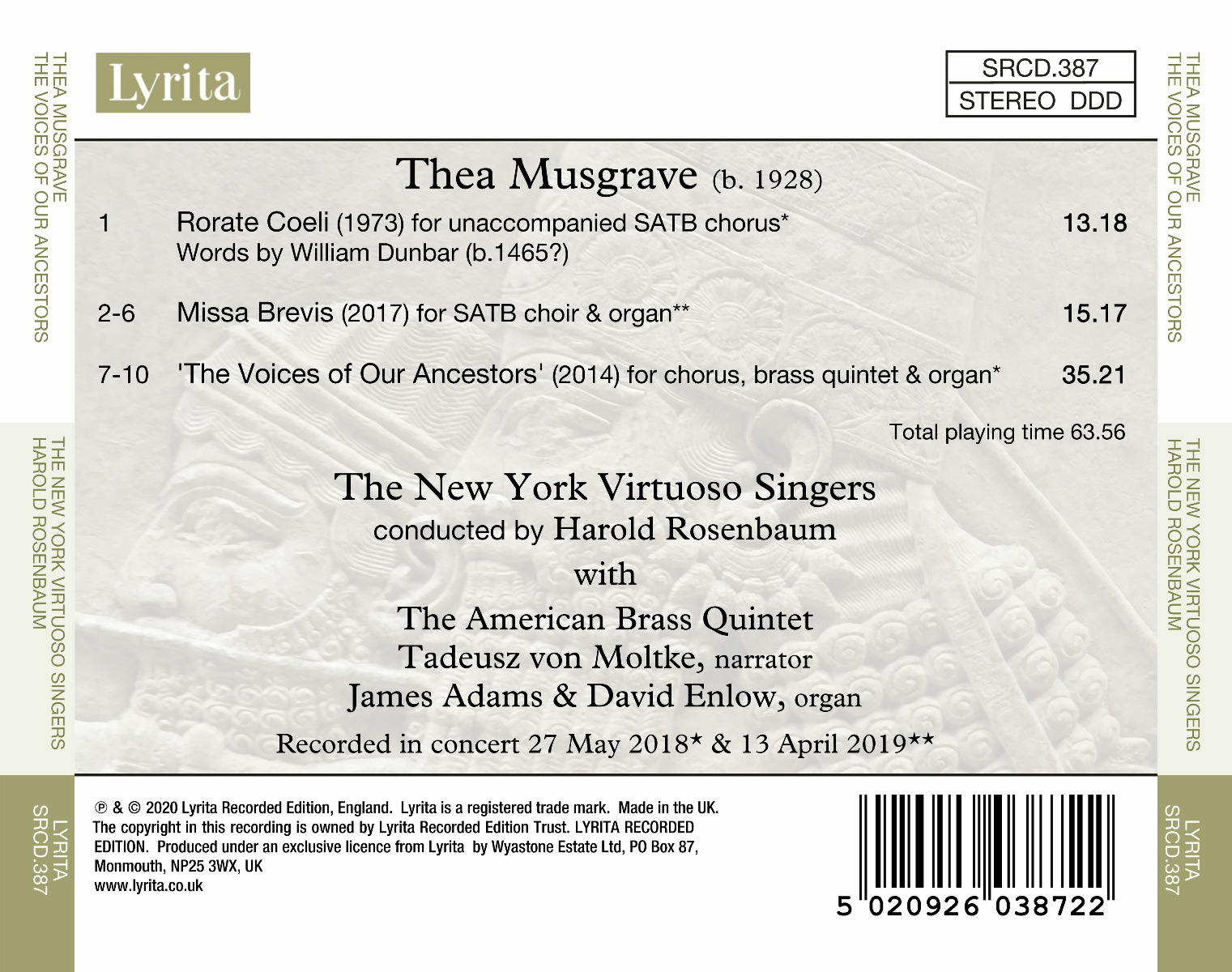