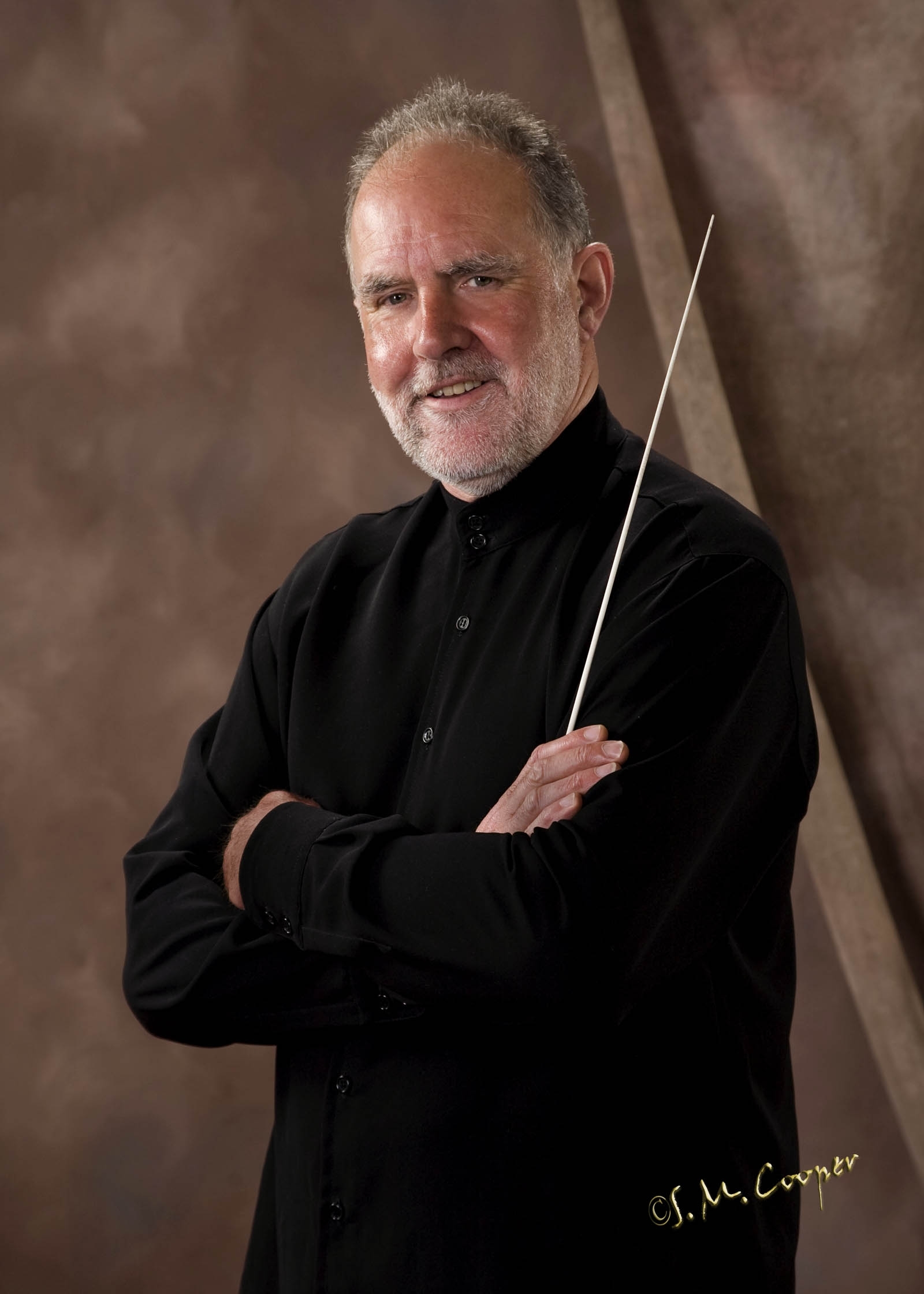 William Boughton was born into a musical family, his grandfather (Rutland Boughton) a composer, his father a professional viola player and his mother was a singer. After studies, at New England Conservatory (Boston), Guildhall School of Music (London) and Prague Academy as a cellist, he entered the profession in London playing with the Royal Philharmonic, BBC and London Sinfonietta.

The experience of playing in orchestras led to a passion to pursue a career in conducting and decided to return to studies firstly with George Hurst and then with Sir Colin Davis. In 1980 he formed the English Symphony Orchestra and developed the ESO’s repertoire from the Baroque to Viennese classics and into contemporary music, which during his time with the Orchestra included commissioning over 20 works from composers such Peter Sculthorpe, John Joubert, Anthony Powers, Michael Berkeley, John Metcalf, Stephen Roberts and Adrian Williams. The depth of his partnership with the ESO was epitomised in 1985 when, as Artistic Director of the Malvern Festival, he collaborated with Sir Michael Tippett to present a musical celebration of the composer's eightieth birthday which was the subject of a BBC "Omnibus" documentary.

With the ESO he built a significant discography of internationally acclaimed recordings with Nimbus Records - predominantly of English music, a number of which reached the Top Ten in the US Billboard charts.

Between 1986–93 he was also Artistic & Music Director of the Jyvaskyla Sinfonia in Finland. He completely overhauled the orchestra during his 8 years with them developing both the technique and sound through some very adventurous programming. During his tenure in Jyvaskyla audiences grew by over 60%. He toured with the Jyvaskyla Sinfonia to Estonia & Sweden and made two recordings with them of music by Jean Sibelius.

In October 1993, William Boughton was awarded an Honorary Doctorate from Coventry University for services to British music. In November 1995, he and the ESO presented a weekend of music celebrating the 60th birthday of English composer Nicholas Maw, marking another milestone in Boughton's championship of contemporary English music. In 1996 William Boughton commenced a second term as Artistic Director of the Malvern Festival.

His close friendship with Yehudi Menuhin saw Boughton and the ESO performing at his Memorial Service in Westminster Abbey on June 3rd 1999 as well as a number of memorial concerts around the world with the Sinfonia Varsovia.

Between 2000 - 2008 William Boughton was invited to become the Artistic Director of The Nimbus Foundation and created the Wyastone Summer Series which is based at the Concert Hall in the grounds of the Wyastone estate, which he developed into a major attraction during the months of June and July with many of the performances broadcast by the BBC. The calibre of artists Boughton invited included Grigori Sokolov, Angela Hewitt, Jordi Savall, Anoushka Shankar, Dame Felicity Lott, Evelyn Glennie, George Benjamin, London Sinfonietta, Kopelman Quartet, John Lill and many more that regularly appear on the world stage.

In 2003 he spent much of the year conducting opera including a new production of Die Piraten von Penzance for the Vienna Volksoper. In June 2004 William Boughton successfully launched the 1st ESO Elgar Festival in Malvern and Worcester, which included performances of both the Symphonies, Sea Pictures (Monica Groop), Cello Concerto (Natalie Clein), Violin Concerto (Ilya Gringolts), The Dream of Gerontius (Stephen Chaundy, Monica Groop and Robert Pomakov). All performances were sold out and received with enormous enthusiasm from both audiences and critics alike.

The 2005/6 was Boughton’s final Season with the ESO in which they celebrated the Orchestra’s 25th Anniversary performing a ‘Complete Beethoven Symphony Cycle’, and created a new series of pre-concert performances of British contemporary music, including works by Birtwistle, Knussen. Watkins, Woolrich, Holloway and Turnage.

William Boughton has participated in a number of high profile arts programs for BBC Television (Elgar - Piano Concerto and Omnibus with Sir Michael Tippett), a radio programme about Elgar which was broadcast in New York, Chicago, Washington and Boston during the Spring 2006 and presented a Series the ‘1st Eleven’ for Classic FM during the 2006 Soccer World Cup.

In July 2007 he became the 10th Music Director of the New Haven Symphony Orchestra, with whom he has instituted a Composer in Residence Scheme (Augusta Read Thomas) and started a major Walton Project which includes 3 recordings on the Nimbus Label. He now lives in Connecticut, US with his wife, Janet, and their two children. He currently hosts a monthly programme on WMNR and is in demand as a Guest Speaker. With the NHSO he has received an ASCAP Award (2011) for Adventurous Programming and received critical acclaim for the Walton Project, with Gramophones Edward Greenfield nominating it for ‘Record of the Year’ (2010) and created the NHSO Youth Orchestra.