Amazingly, it seems certain that the majority of these wonderful works were written towards the end of Scarlatti’s life – between 1738 and 1756. The ‘K’ numbers, which are now adopted almost universally, are from the system elaborated by American harpsichordist Ralph Kirkpatrick (1911-1984) in roughly chronological order during the 1940s and 50s. So we’re getting sonatas (K296 – K387) which come from the mid point in this remarkable output.
£29.99
In stock
Catalogue Number
NI1727
Add to Wish List
Email 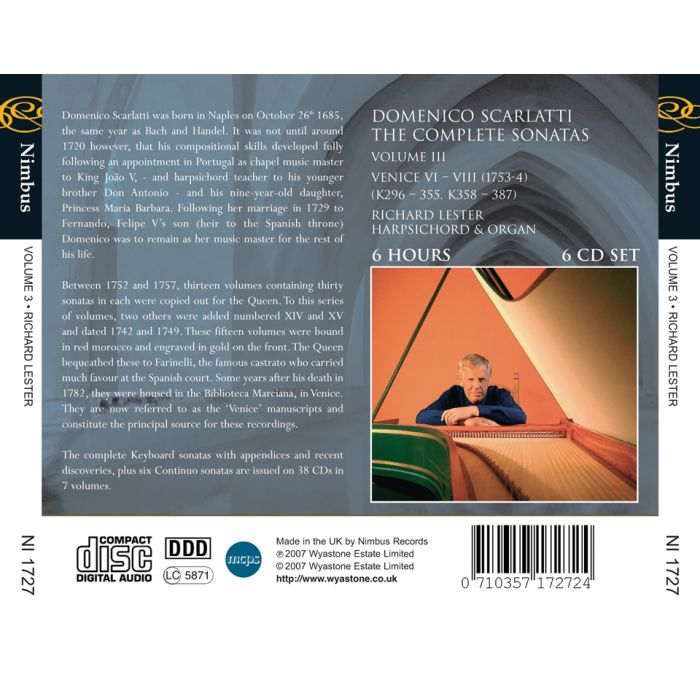