Like many a composer of the generation born between 1870 and 1880, Paul Juon was situated in the transitional period between late-Romanticism and the Modern. The radicalism of an Arnold Schoenberg was foreign to him, however. Like Schreker and Zemlinsky he held fast to tonality, choosing to expand it rather than give it up completely. Right to the end, Juon remained rooted in the expressive world of the late 19th century, and yet in two very different fields he succeded in making a brave foray into the direction of the Modern.
£14.99
In stock
Catalogue Number
CDS1104
Add to Wish List
Email
Skip to the end of the images gallery 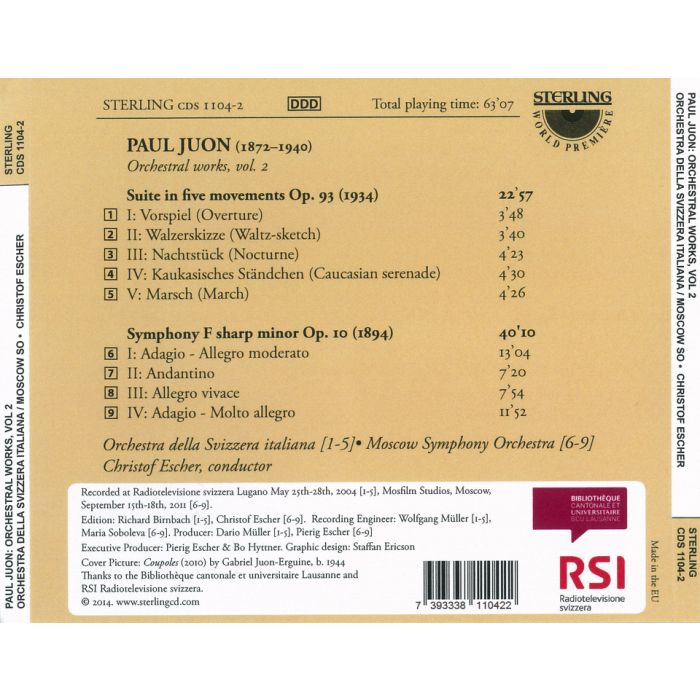