The composer Juan Arriaga was born in Bilbao on 27 January 1806. He studied and worked in Paris from his mid-teens, and died there just short of his 20th birthday in mid-January 1826. According to his father Arriaga composed his first piece at the age of 11, and his Op. 1 an Overture was written in 1818, scored for a wind and string nonet. In 1819 Arriaga’s opera Los esclavos felices appeared, of which only fragments remain. There were additionally some piano pieces, motets and patriotic hymns, amounting to about 20 works by 1821. In September of that year Arriaga left Spain. He met the Spanish ambassador in Paris, and the composer Cherubini, at that time one of the inspectors of the Paris Conservatoire. There he was admitted to the counterpoint class of a newly appointed professor Francois-Joseph Fétis (1784-1871), and to the violin class of Pierre Baillot. His Conservatoire prizes included those for counterpoint and fugue in both 1823 and 1824 – the year that Fétis took him as a teaching assistant.

During these years Arriaga revised, and perhaps destroyed, several earlier works as well as producing a regular flow of new compositions. The three string quartets, probably written before 1822, were published in 1824. Arriaga was buried in the cemetery at Montmarte, his death, as reported by Fétis to his father, was attributed to overwork, exhaustion and an infection of the lungs. On the death of his father in 1836 the composer’s papers were divided between various family members and only reunited in the 1880s in such a way that an impression of his legacy could be made. [Adrian Farmer]

AEOLIAN QUARTET
Existing from the mid-1920s as the Stratton Quartet, after its leader, George Stratton who was also concert master of the London Symphony Orchestra from 1933-52. The members of this English quartet first came to international prominence in 1932 having made a celebrated recording Elgar’s Piano Quartet with pianist Harriet Cohen. At that time the line-up was George Stratton, Carl Taylor, Watson Forbes and John Moore. Carl Taylor was killed in the Second World War and George Stratton withdrew in 1944, after which the name Aeolian Quartet was adopted. There were to be many second violinist, and several leaders prior to the line-up featured on this recording.

£10.99
In stock
Catalogue Number
CC9117
Add to Wish List
Email
Skip to the end of the images gallery 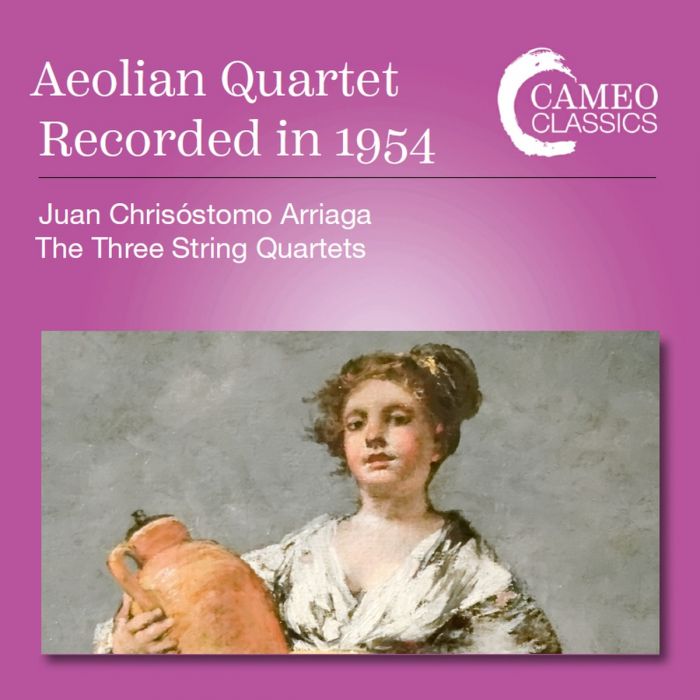