Amor de Lonh - The Distant Love of the Troubadours

The theme of Distant Love was a major focus for the Provencal Troubador poets of the late twelfth century. It revolved around an idealised, mostly nameless, and frequently unattainable Lady, to whom a poet - musician addressed highly accomplished verses of intense longing. It also came to be expressed through a widespread burgeoning of the adoration of the Virgin Mary, and it has been argued that the Lady of the courtly lover was so close in form and inspiration to the Mother of Christ as to be indistinguishable from her. This disc attempts to explore this juxtaposition of human longing and religious adoration in a context of the earthy music of the dance.
£14.99
In stock
Catalogue Number
NI5544
Add to Wish List
Email
Skip to the end of the images gallery 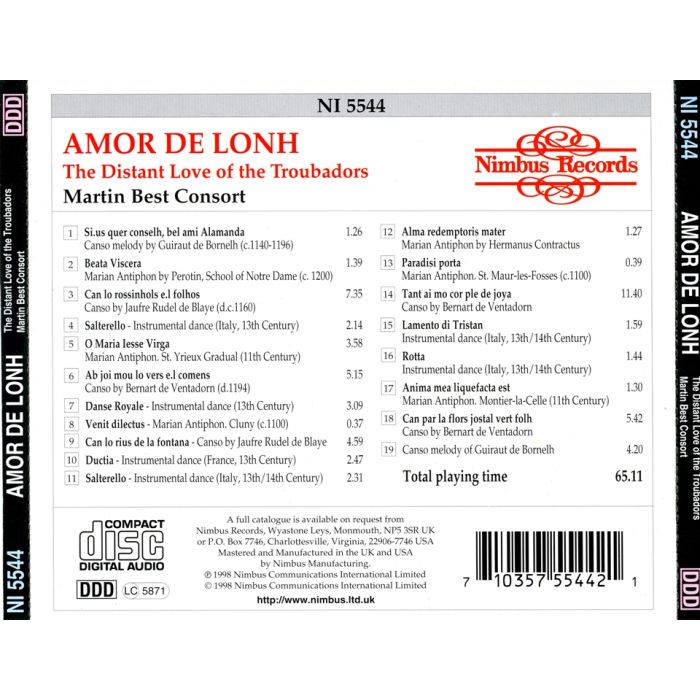