Hidden Acoustics is Ruth Palmer's ground-breaking solo tour, where music reveals startling acoustics, hidden in architecture that comes to life in programmes centred on Bach. Ruth says, "Bach's solo violin music has its own hidden acoustics in its counterpoint, and I have found that solo violin allows me the purest link to the space and acoustic of the building in which I am playing. To me, when the piece of music and the building match in spirit, something magical happens." In the words of Daniel Libeskind, "That raw communication between the building and the person, the child so to speak, standing in front of it and being in it, that is really the discourse; it's an experience that you have with your body, with your mind, with your soul."

One of the most dynamic performers of our time, violinist Ruth Palmer, has garnered international recognition, including a Classical BRIT award for her recording of Shostakovich with the Philharmonia Orchestra. Recent performances include appearances with the Royal Liverpool Philharmonic, Academy of St Martin in the Fields, Ulster, English Chamber, and London Chamber orchestras with conductors including Andre de Ridder, Vasily Petrenko, and Carlo Rizzi. She has recorded for EMI, Quartz, and AVIE, and appears regularly on BBC Radio3, BBC Radio 4, Classic FM radio and Classic FM TV.

£14.99
In stock
Catalogue Number
NI6133
Add to Wish List
Email
Skip to the end of the images gallery 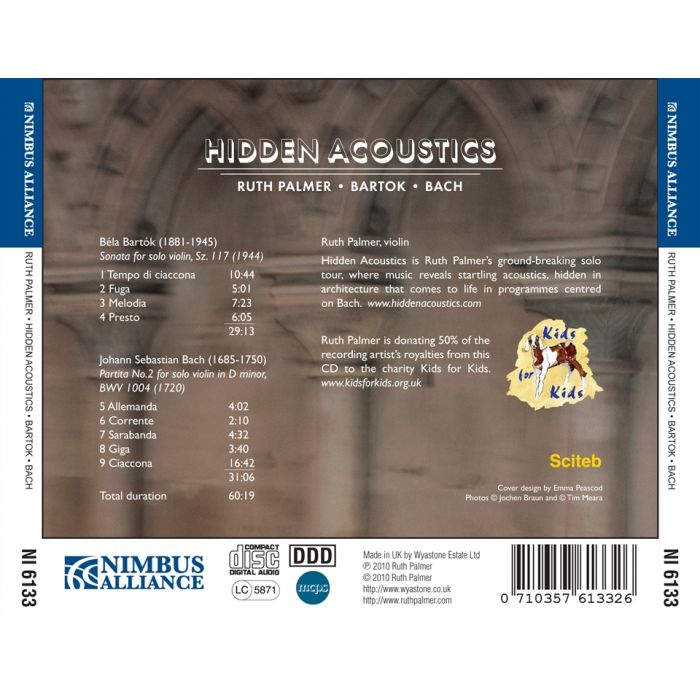