The monumental 'Archduke' Trio Op.97 represents Beethoven at the peak of his creativity in the genre. Sketches for all four movements of this ‘symphony scored for a trio' are included in a sketchbook of 1810 containing also drafts for the Egmont music and the String Quartet in F minor Op.95. The manuscript score was written out between 3 and 26 March 1811. Three years elapsed before the work's public premiere, by Beethoven, Schuppanzigh and Linke, on 11 April 1814 as part of a charity concert in the hall of the 'Hotel zum Römischen Kaiser' in Vienna. This concert sounded the death knell of Beethoven's public career as a pianist, owing to his profound deafness. The work's critical reception was understandably mixed, but the celebrated pianist Ignaz Moscheles. praised its originality while expressing reservations about the 'clarity and precision' of Beethoven's pianism. Significantly, a repeat performance of the work a few weeks later was Beethoven’s final public appearance as a pianist. Inspired by the sinfonie concertante for two or more soloists and orchestra, Beethoven transports the piano trio into an orchestral context with his Triple Concerto in C major Op.56. His choice of this particular solo combination was unprecedented in the literature and, in his words, 'really something new'; it was later to inspire composers Emanuel Moor.
£14.99
In stock
Catalogue Number
NI5978
Add to Wish List
Email
Skip to the end of the images gallery 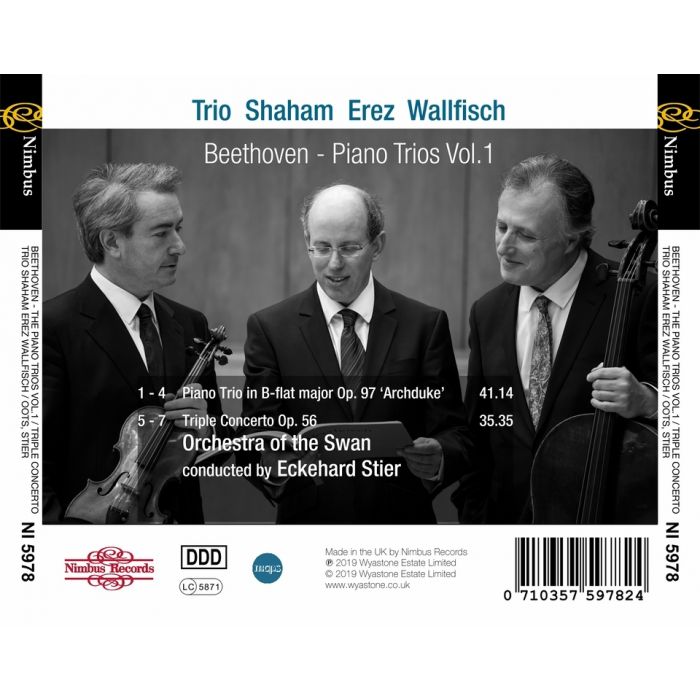