Re-released after a long break, this album shows the renowned tenor, Ian Partridge, at his most mellifluous. The album features Beethoven's only song cycle, An die ferne geliebte, and a selection of his best loved songs including Adelaide, An die Hoffnung and Ich liebe dich. Richard Burnett accompanies on a beautiful Viennese fortepiano of the period.
£10.95
In stock
Catalogue Number
CDSAR15
Add to Wish List
Email
Skip to the end of the images gallery 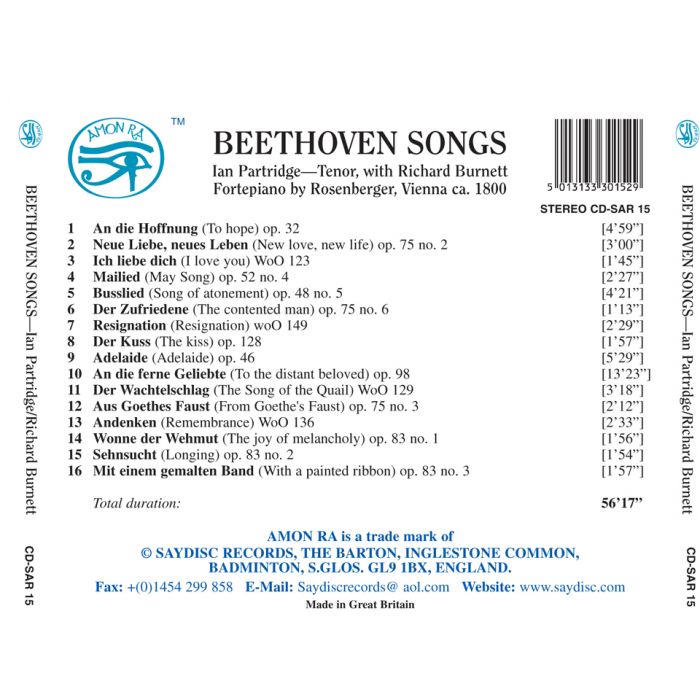