Robert Mann, violinist, conductor, and composer, has been a driving force in the world of American chamber music for more than fifty years. He is, in the words of Richard Dyer of the Boston Globe, ‘one of the country’s most admired and deeply loved musicians.’ Stephen Hough studied with Gordon Green and Derrick Wyndham at the Royal Northern College of Music in Manchester, UK and with Adele Marcus at the Julliard School. Since his highly acclaimed New York Recital debut in 1984 Stephen Hough has become one of the World’s most recognised and admired performers.
£19.99
In stock
Catalogue Number
NI2553
Add to Wish List
Email
Skip to the end of the images gallery 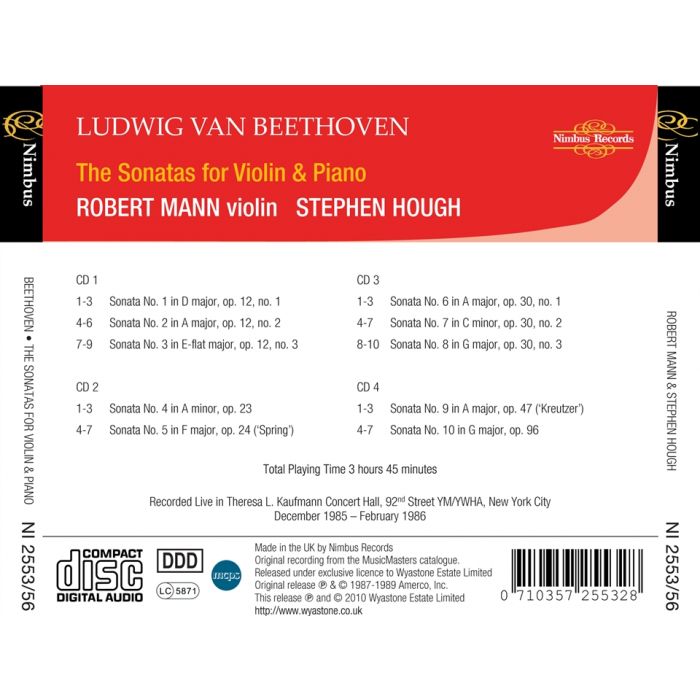