Blues From The Avon Delta: The Matchbox Blues Story [Book]

In 1967, the youthful, Bristol-based Saydisc label released its first country blues record, a 7” ‘LP’ by local trio, Anderson Jones Jackson. By 1968, it was helping three ‘pop-up’ DIY blues labels, Sunflower, Kokomo and Highway 51, to get to market. These were mere toes in the water and in mid-1968 Saydisc created the celebrated Matchbox label to release contemporary British country blues and LPs of classic pre-war US country blues, transcribed from mostly rare 78s. Matchbox also pressed the popular Austrian Roots label for the UK market before releasing contemporary American blues and many previously unreleased US Library of Congress recordings. Later came the Bluesmaster Series. All in all, Saydisc released well over 100 blues Lps between 1967 and 1987.

By 1968, blues was becoming increasingly popular in the UK, though the focus was mostly on electric blues bands. In July, however, Matchbox released the first LPof home-grown British country blues. The time was right and Blues Like Showers Of Rain made a big stir. John Peel played it on Night Ride and invited most of the artists up to London to record BBC sessions. The major labels picked up on the buzz and most of the artists were snapped up. Matchbox carried on the momentum over the next few years but eventually shut in July 1977. It returned in 1982 with the well-received Bluesmaster Series; this ambitious undertaking resulted in 38 single LPs and two double-LP sets. To turn full circle, Saydisc is currently making the whole Bluesmaster Series of LPs available digitally for new
generations to discover and enjoy.

Amongst other things, this book includes

Information on, and images of, every Saydisc-related, blues record (and one that got away) on all the aforementioned labels.

Memorabilia from multiple archives, much not seen since in decades (if ever)

Information on Saydisc’s affiliations with ‘Blues World’ and the influential ‘Blues Paperbacks’ series. 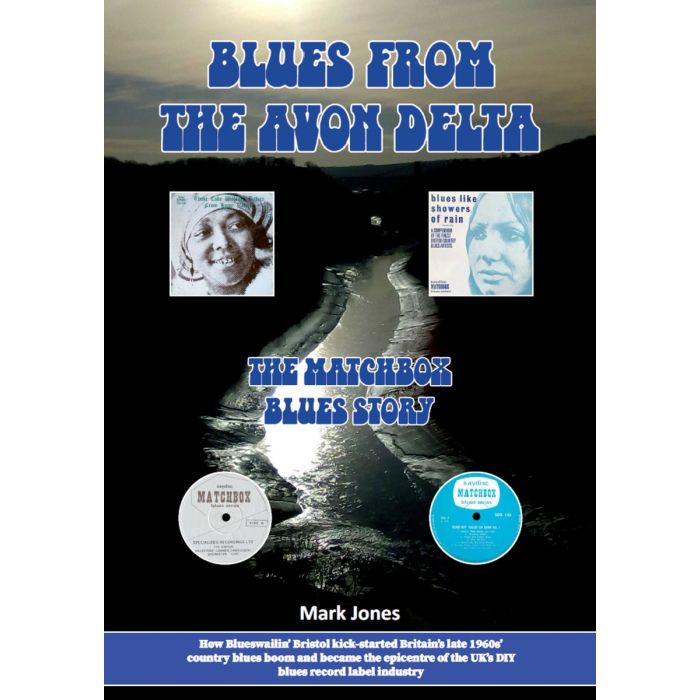