Brassil is a brass quintet composed of talented and enterprising Brazilian musicians intent on practising their art without concessions. The music on this disc has its roots in the regional traditions of Northeastern Brazil and for the most part features the compositions of Jose Urcisino da Silva, better known as "Duda". Duda began his musical career at the age of ten in a brass band in a small town which, despite its size, supported two bands founded in the mid-nineteenth century. He joined the Recife Symphony Orchestra in 1963, but left to take care of his own band which is still going strong. He has written a great deal for the group Brassil, which is an ideal vehicle for his style, based as it is on the brass band tradition.
£14.99
In stock
Catalogue Number
NI5462
Add to Wish List
Email
Skip to the end of the images gallery 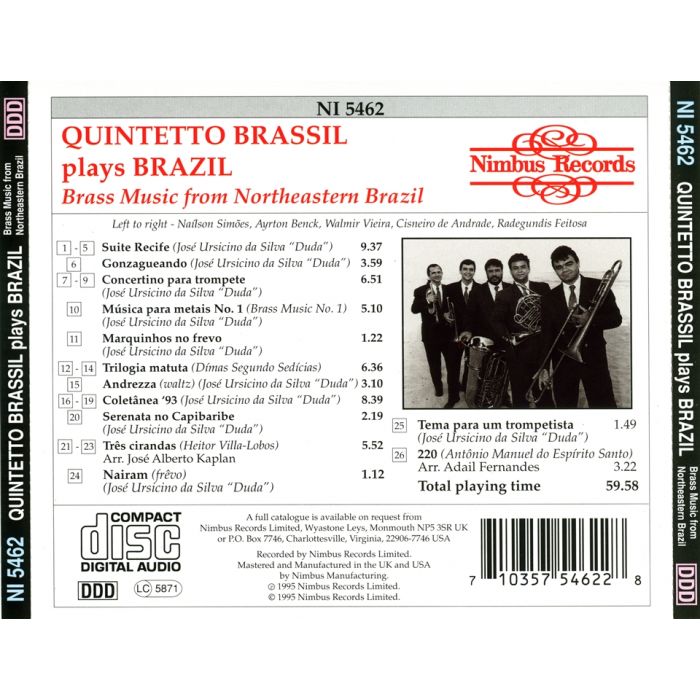