Where is the original source of Bretan's singing and composing to be found? Was he a singer who also composed or was he a composer who also sang? The first would be a relative rarity in the history of music, since very few singers, even among the greatest, beside their activity as interpreters, demonstrated to such an extent as Bretan a need to be creators as well. Obviously music - and that is to say vocal music - was for him the most elemental expression of life.And as such it had to seek in both directions for its realization: in singing and in creating songs. His is not just a case of the lucky combination of two talents; here are two manifestations of a single and vehement will to express oneself. The human being and the singing human being must have been identical for Bretan. To him life and singing were one and the same thing.
£14.99
In stock
Catalogue Number
NI5810
Add to Wish List
Email
Skip to the end of the images gallery 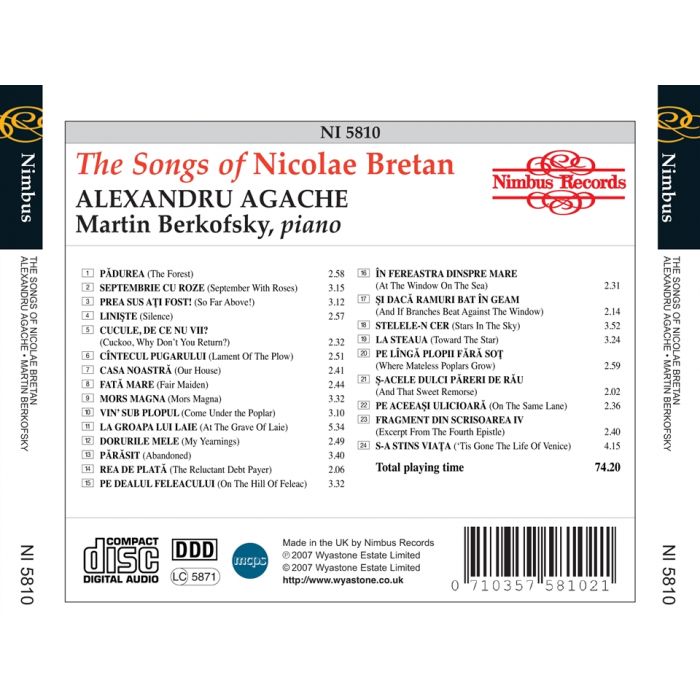