This recording introduces an exquisite form of Chinese ensemble music for wind and percussion instruments, still popular in the villages of northern China. Derived from the temple music of imperial times, it is still a distinctive part of folk rituals today. This is also a rare opportunity to savour the art of the guanzi, a double-reed pipe like an oboe, played by the great Li Jinwen, a former Buddhist monk. The music that the group play on this disc is still commonly performed for funerals and God's birthdays, throughout the area south and west of Tianjin. The majority of the musicians are over the age of 60 and all have had a long association with Buddhist temple music. Pan Shizhong, the oldest musician in the ensemble, was born in 1919.
£14.99
In stock
Catalogue Number
NI5416
Add to Wish List
Email
Skip to the end of the images gallery 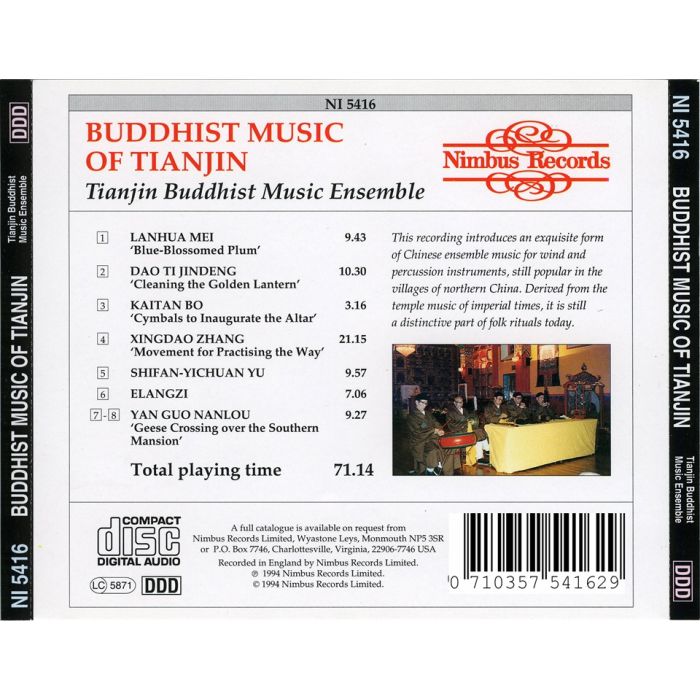