The trovas, guajiras and boleros heard here all belong to the Cuban song family called canción. In contrast to the African percussive elements so obvious in the son and the rumba, the roots of these songs can be found in European forms such as pasa dobles, romances, contredanses and so on. Many composers on this disc almost seem to have come from a Who's Who of the golden age of Cuban song-writing - Lecuona, Matamores, Teofilito, Corona, Grenet, Delfin - all gave us these little masterpieces that have become standards in Latin-American repertoire throughout the world.
£14.99
In stock
Catalogue Number
NI5565
Add to Wish List
Email
Skip to the end of the images gallery 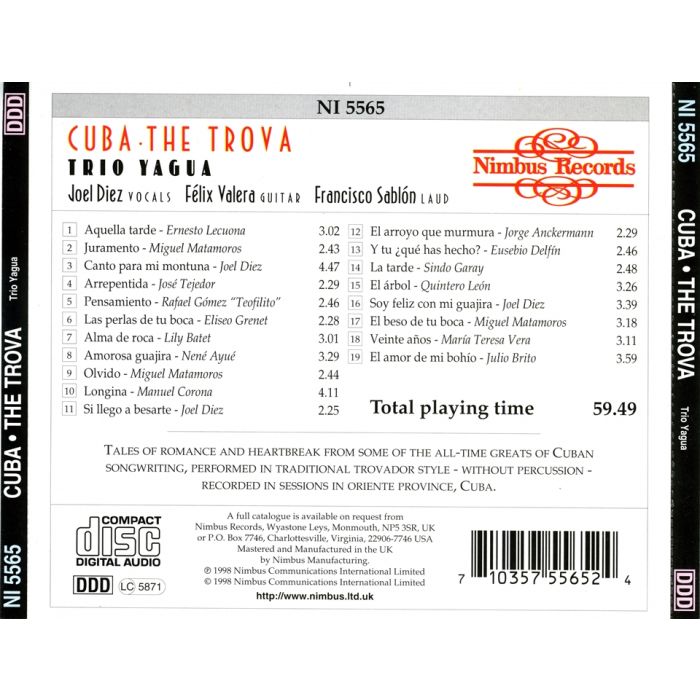