Choro is fun. It first appeared in Rio during the late 19th century as a popular style of playing waltzes, tangos and maxixes (ancestor of the samba). The musicians or chorões were as influenced by Afro-Brazilian elements as they were by European models and the choro style quickly developed into a genre of its own attracting the finest musicians and composer / arrangers of the century. In choro, unlike jazz, only one instrument takes the solos while the others provide a rich texture to support the melody. It remains an endlessly fascinating and rewarding resource for Brazilian musicians, always popular despite being periodically out of fashion.
£19.99
In stock
Catalogue Number
NI1741
Add to Wish List
Email
Skip to the end of the images gallery 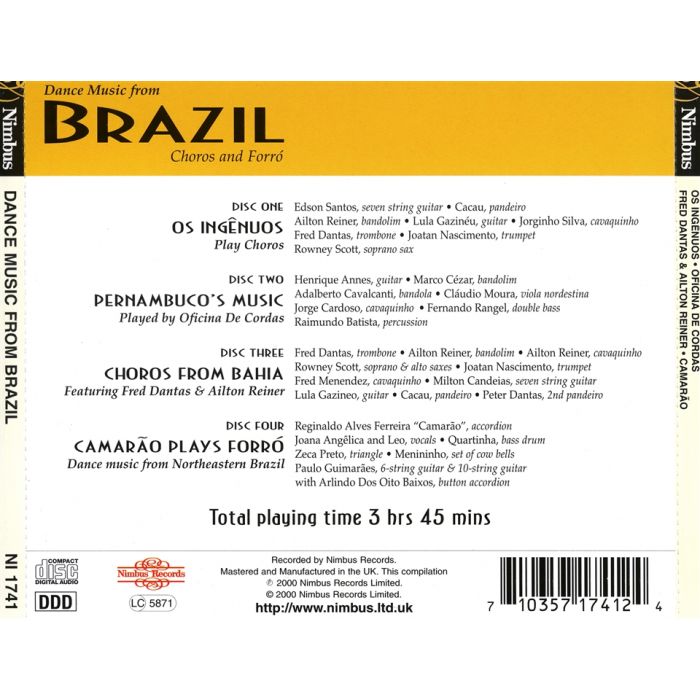