The Wihan Quartet, formed in 1985, are heirs to the great Czech musical tradition. The Quartet’s outstanding reputation for the interpretation of its native Czech heritage and of the many classical, romantic and modern masterpieces of the string quartet repertoire is widely acknowledged. They have developed an impressive international career, which includes visits to major festivals in Europe and the Far East. They visit the United States and Japan regularly and have had highly acclaimed tours of Australia and New Zealand. They are frequent visitors to the UK and can often be heard on BBC Radio 3 as well as in concert at many venues throughout the country.
£14.99
In stock
Catalogue Number
NI6115
Add to Wish List
Email
Skip to the end of the images gallery 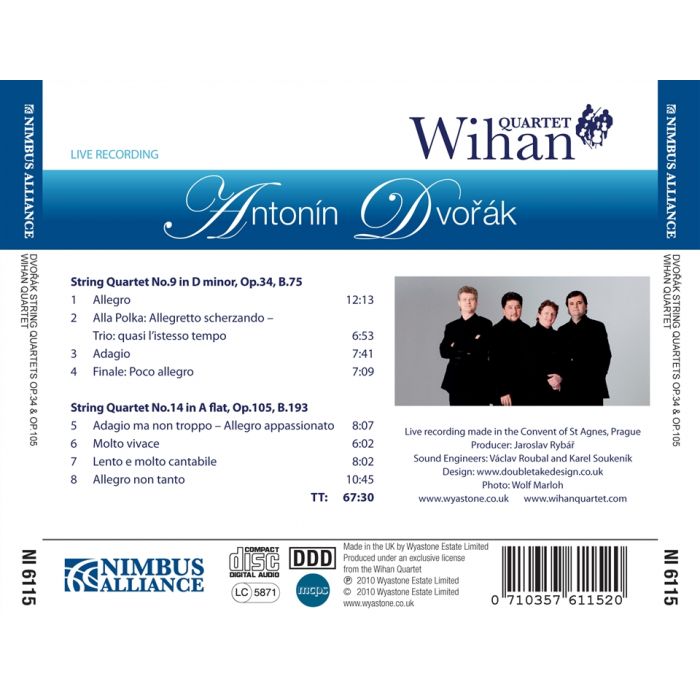