These tracks are getting on for twenty years old now so their reappearance in Nimbus's select Jazz livery is welcome news. The band took its name from Ireland's Easter Rebellion - the attraction was phonetic not political. It's a quartet of equals and the result is eleven tracks that constitute a good blowing session. No new corners are exposed and no barriers are necessarily pushed but that's not necessarily the point. Jonathan Woolf, MusicWeb-International
£10.99
In stock
Catalogue Number
NI2718
Add to Wish List
Email
Skip to the end of the images gallery 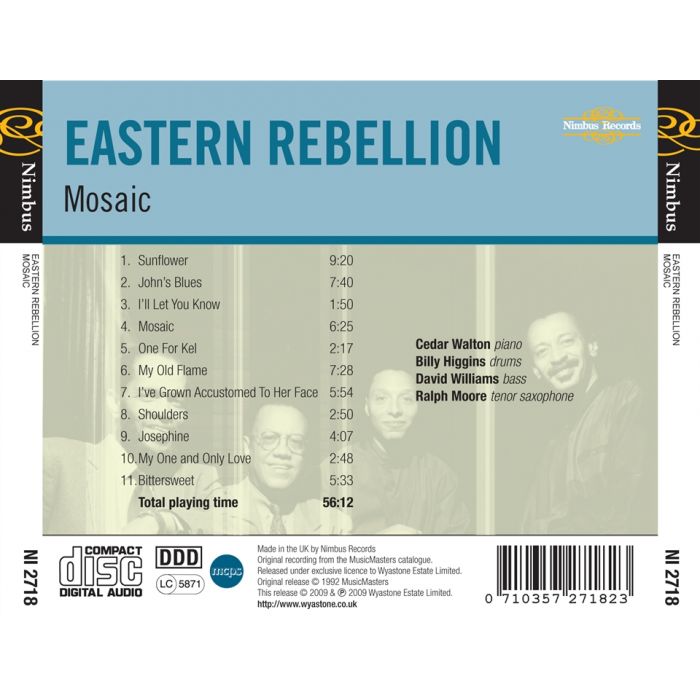