Duke Ellington is known for his jazz band compositions - a body of work spanning over fifty years which indisputably established him as the first among jazz-inspired composers and among the greatest of American composers of all persuasions, or, as the Duke would say, "without category". But there also exists a substantial body of large works: ballets, concerti, tone poems, film scores, even an opéra comique. Starting in 1943, Ellington prepared the first of several annual Carnegie Hall concerts with his own orchestra. For each of these he composed at least one extended work, symphonic in proportion and intention, if not in instrumentation. This recording includes two of these in their symphonic form - Black, Brown & Beige and the piano concerto New World A-Comin’ - as well as two symphonic works not originally written for his jazz band - Harlem, commissioned by the NBC Symphony in 1950, and Les trois rois noirs (Three black kings), commissioned by the Dance Theatre of Harlem.
£10.99
In stock
Catalogue Number
NI2511
Add to Wish List
Email 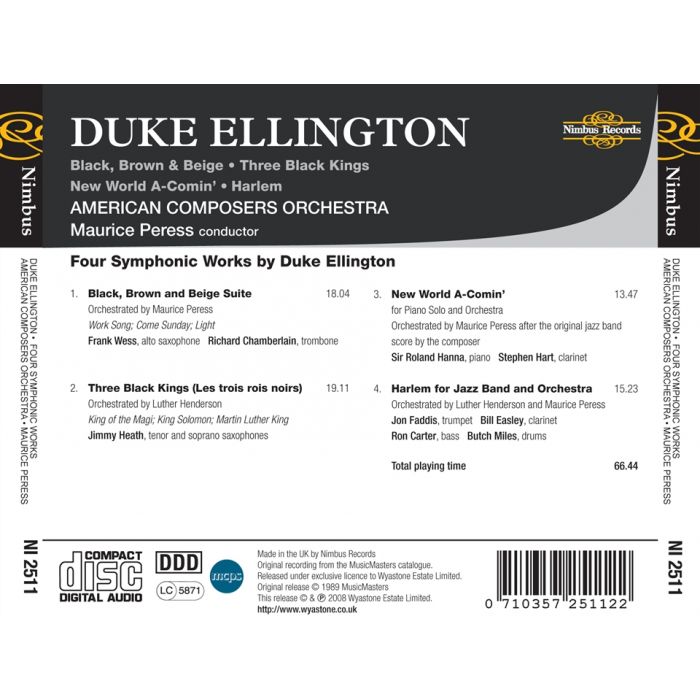