Ezio Pinza was an Italian basso opera singer with a rich, smooth and sonorous voice. He spent 22 seasons at New York's Metropolitan Opera, appearing in more than 750 performances of 50 operas. Pinza also sang to great acclaim at La Scala, Milan, and at the Royal Opera House, Covent Garden, London. After retiring from the Met in 1948, Pinza enjoyed a fresh career on Broadway in the musical theatre and also appeared in several Hollywood films.
£7.99
In stock
Catalogue Number
NI7875
Add to Wish List
Email
Skip to the end of the images gallery 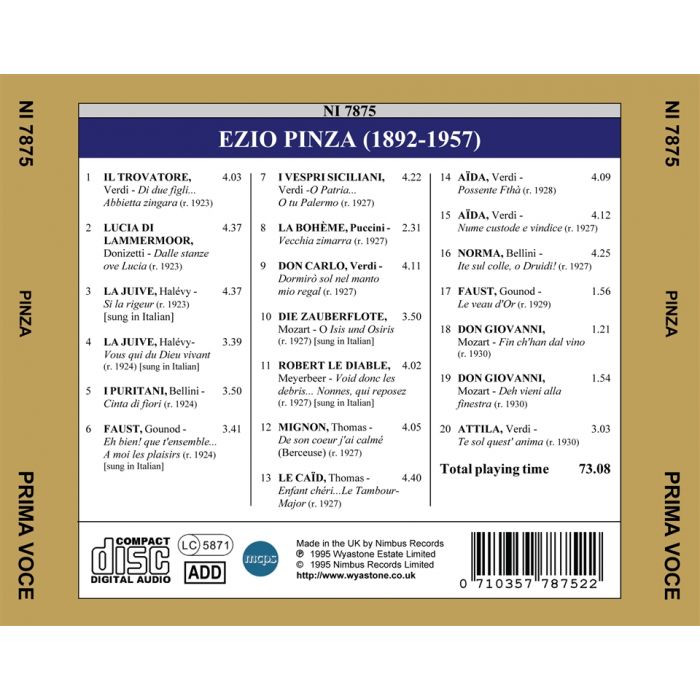