Have you ever been on a long journey with your family and, after hours in the car or on the plane, you were so bored you thought you just might go mad? Well, that’s what this record is for. Just when you’re about to say “are we there yet” for the 400th time, instead try saying “Mum, can we listen to Lubin again?” I promise, the car will feel like it’s going twice as fast once the music starts.

Now, it may come as a surprise to you, but your parents get just as bored and fed up as you do, so we’ve made sure they’ll enjoy these stories just as much as their kids. Just in a different way – there are aspects to all five stories that we are pretty sure older listeners will connect with.

My friend David, who wrote Lubin, from Chelm, got interested in creating new musical storytelling works because he was reading bedtime stories to his two little girls. Several years later, I started writing The Ugly Duckling for my kids when they were little for the same reason. It’s been great over the years to see thousands of young people at our concerts laugh at the exploits of Lubin, the hapless robbers in the Bremen Town Musicians or the grandiose Condessa Duck. But, if we’re able to put a smile on your face on a rainy afternoon at home, or help the trip to your summer holidays go a bit quicker, then we’ll all be very happy. Enjoy! Ken Woods 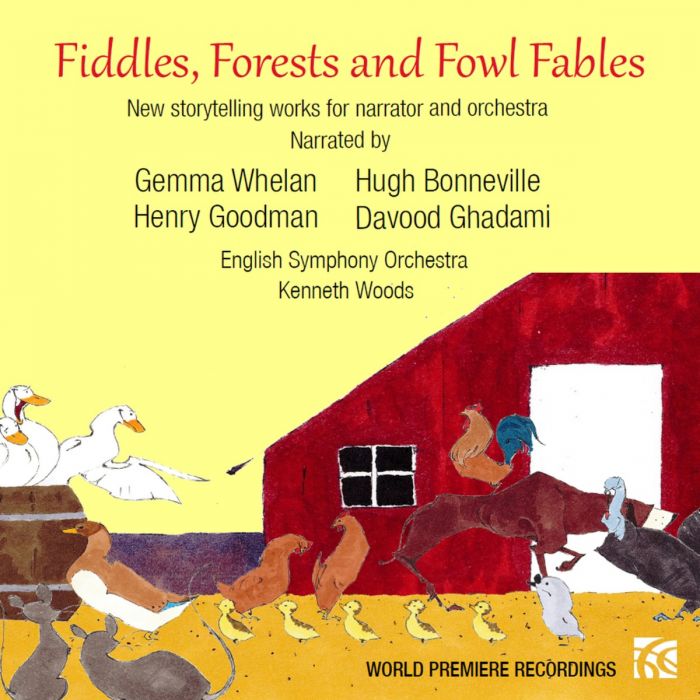