Pianist Frank Merrick and violinist Henry Holst stand as witnesses to music's vulnerabilities. In this they are far from unique. The present recordings give a hearing on CD to LPs until now stashed away in the oubliette of history. They join those on Frank Merrick volume 1 (6 CDs on NIMBUS NI8820). The present set reminds us of works that were, at the time of recording in the late 1950s and early 1960s, unfashionable or even unknown. They found a voice in two musicians whose own careers were at or past their highest peak. With grateful thanks to Frank Merrick’s children, Celia, Paul & Phoebe, and to Rosalind Murrell, for their advice, photographs of Frank Merrick and the loan of multiple copies of these very rare LPs.
£19.99
In stock
Catalogue Number
NI8826
Add to Wish List
Email
Skip to the end of the images gallery 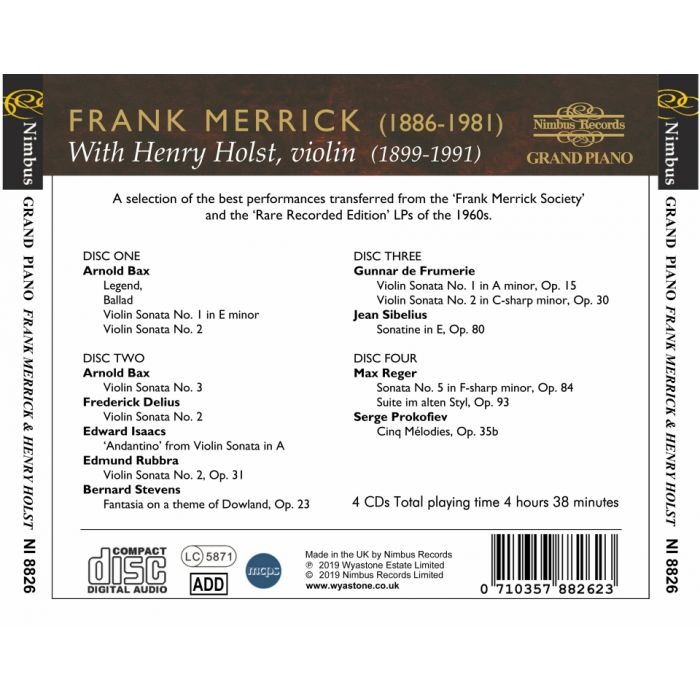