Throughout this time Friedrich von Flotow was giving piano lessons as well as performing as a pianist in the Paris salons. In 1838 he met a seven year younger penniless cellist of exceptional talent named Jacob Eberscht, a jewish cantor's son from Cologne, which although admitted to the Paris Conservatorie, could not continue his studies due to the lack of funds. Flotow promised that he would secure Eberscht access to the salons and offered him to collaborate with him. Introduced in this way, Eberscht became well-known, and soon - now under the name of Jacques Offenbach - he gained great fame.
£14.99
In stock
Catalogue Number
CDA1686
Add to Wish List
Email
Skip to the end of the images gallery 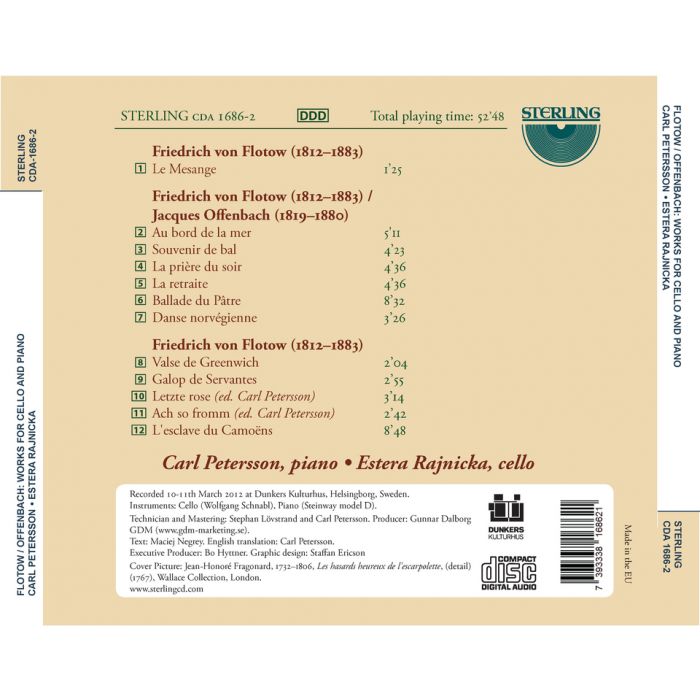