Gabriel Fauré seems at first glance to fit neatly into the history of French music, as a pupil of Saint-Saëns and a teacher of Ravel. Yet he stands apart from the mainstream because of his unique musical language, and because rather than writing colourful orchestral pieces he preferred to work in the comparatively modest media of the song, solo piano and chamber music. With the exception of the late String Quartet, all of his chamber works combine the piano, Fauré’s own instrument as a performer, with strings. Among the earlier works, written in the late 1870s and mid-1880s, are the two Quartets for piano and string trio. This was a combination for which most of the models belonged to the German tradition, from Mozart to Schumann and Brahms – though there was a recent French precedent in the B flat major Quartet by Fauré’s teacher and friend Saint-Saëns, completed and first performed in 1875.
£14.99
In stock
Catalogue Number
NI6296
Add to Wish List
Email
Skip to the end of the images gallery 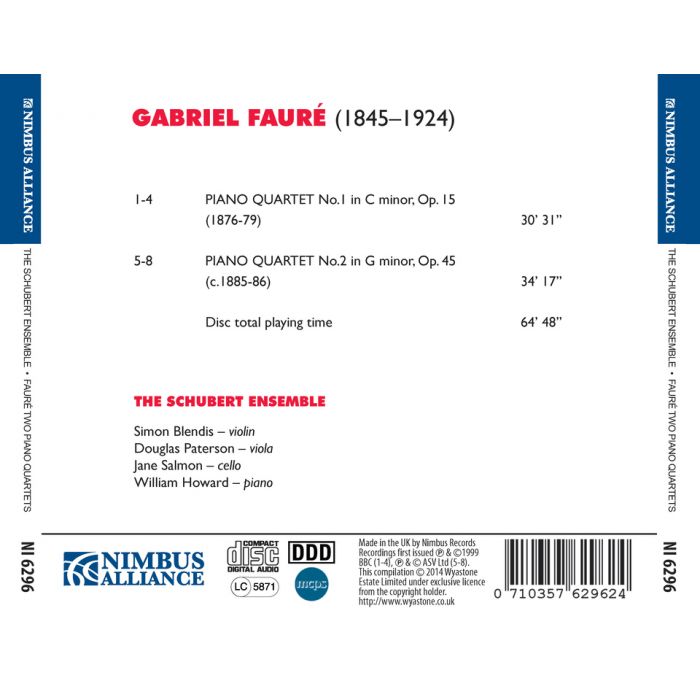