George Swinford of Filkins, Recollections of a Gloucestershire Mason

George Swinford was about 75 years of age when recorded in 1962. His family had lived in Filkins for several generations and, like his father, he worked as a mason. His recollections are interesting not only as a social history document of rural life but also due to his unusual associations with famous men of the day. In 1925 he went to work as estate manager for Sir Stafford Cripps whom he came to know well and through him frequently met and talked with prime movers in the early Labour Party. Pandit Nehru also visited him at his house when staying in the Cripps household. George Swinford was always intrigued by old artifacts dug up whilst doing building work and this culminated in Sir Stafford, who always took a close interest in his finds, buying a property for George Swinford to set up as a folk museum.
£10.95
In stock
Catalogue Number
CDSDL435
Add to Wish List
Email
Skip to the end of the images gallery 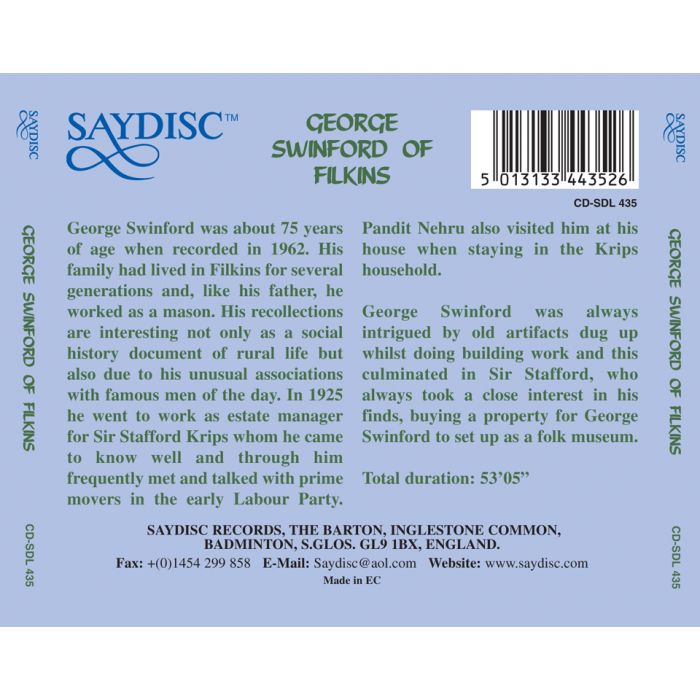