Hüsch is remembered now most widely as a singer of Schubert and Wolf. Certainly he was one of the best song-recitalists of his time. When the idea of subscribed ‘Society’ editions caught on in the 1930s, Hüsch and his regular accompanist Hans Udo Müller were the artists chosen to record Winterreise, Die schoene Müllerin, and Schumann’s Dichterliebe; and as the Hugo Wolf Society brought out its pioneering volumes of the Lieder, Hüsch remained among its most regular and valued contributors. His was also the earliest complete recording of Beethoven’s An die ferne Geliebte, and his advocacy of the songs of Yrjö Kilpinen led to his being the singer who introduced them to a wider audience at a time when the composer’s name was little-known beyond his native Finland.
£14.99
In stock
Catalogue Number
NI7919
Add to Wish List
Email
Skip to the end of the images gallery 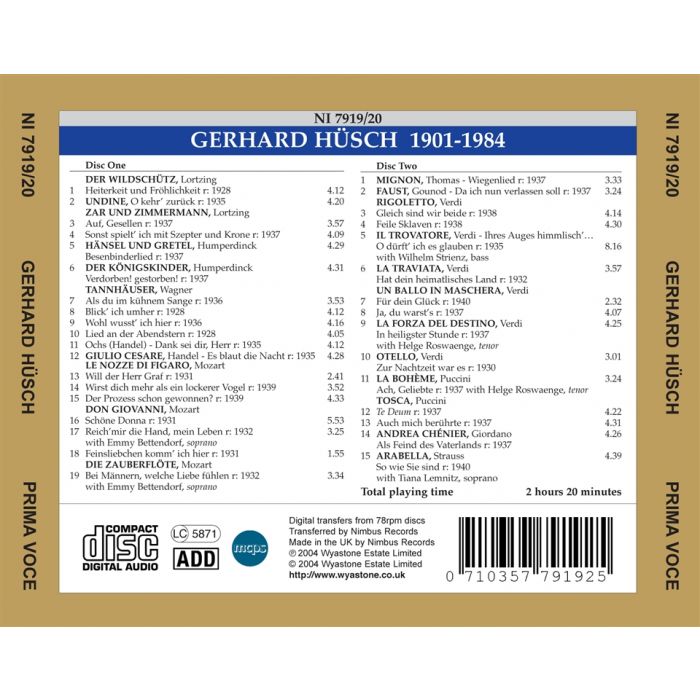