The Bolshoi has always been the most glamorous of the Moscow theatres presenting opera, but almost equally prestigious during the period under discussion were the various independent or 'private' operas, ie those not under the control of the Directorate of the Imperial Theatres. The first such compnay, the Moscow Private Russian IOepar, was founded in 1885 by Savva Mamontov. Other operatic venues in Moscow at which leading singers appeared included the city's conservatoire, the Hermitage and more than one Narodny Dom or 'People's Palace'.
£7.99
In stock
Catalogue Number
NI7876
Add to Wish List
Email
Skip to the end of the images gallery 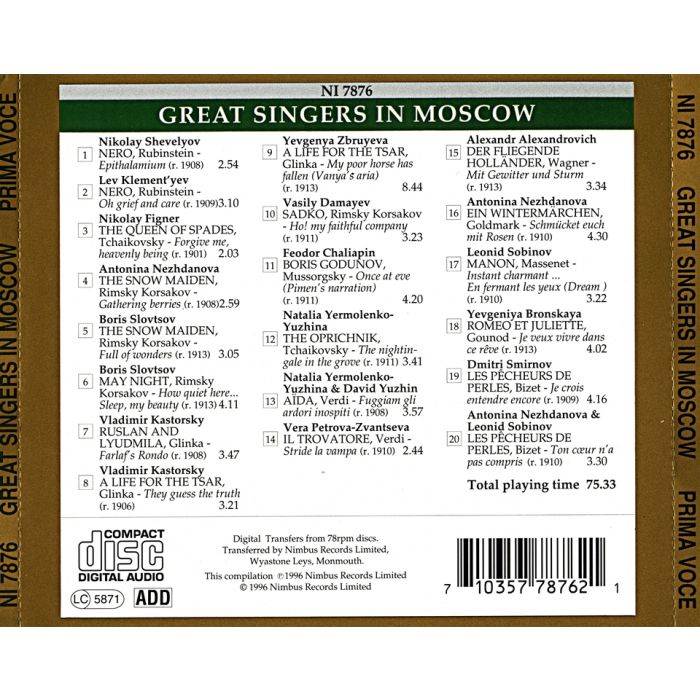