One of the most exciting musics of Scandinavia is the sound of the Hardanger Fiddle with its own tradition of searing counterpoint and micro-tonal tunings. The Buen family have, for generations, been acknowledged as the finest exponents of the art and, in particular, Knut Buen is considered as being the world's best as was recently confirmed by the highest honour being conferred on him by the King of Norway. This album contains 23 tracks all played by Knut and which explore the various composition and performance styles of Hardanger Fiddle playing. The Fiddle's additional sympathetic strings (like a sitar) add resonance to the swirling melodies and rhythmic drones of the compositions and, with the micro-tonal notes, make this traditional Scandinavian music sound more Eastern than would be expected. Not an album to meditate to!!
£10.95
In stock
Catalogue Number
CDSDL432
Add to Wish List
Email
Skip to the end of the images gallery 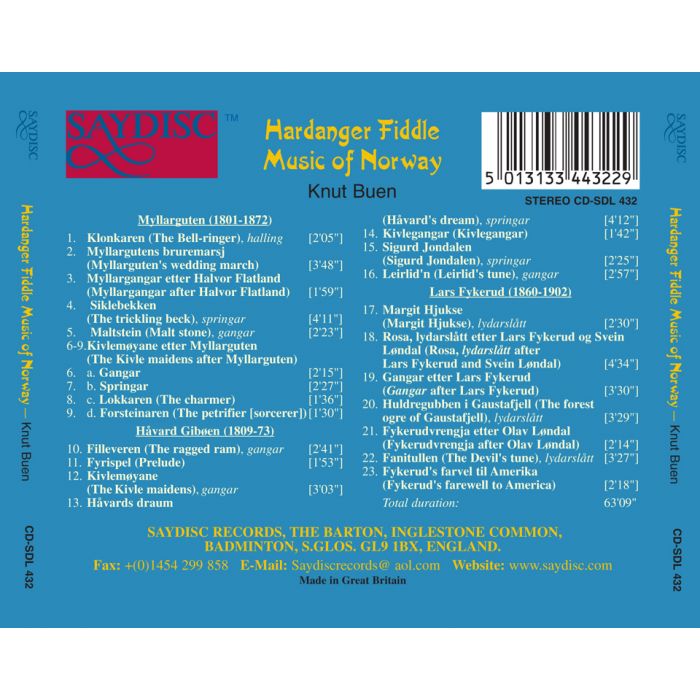