Though the conservative reputation of organ music is inseparable from the conservatism of its greatest composer, Bach, his protean character that appeals both to reactionaries and radicals has also at times brought the instrument to the forefront of contemporary styles. Hindemith, for example, in the 1920s used the slogan ‘back to Bach’ as an avant-garde rallying cry, and though no organist himself, wrote a concerto for the instrument in 1927 as part of his experimental Kammermusik series. Ten years later he composed the first two of three organ sonatas. A third appeared in 1940, completing a trilogy of pieces that have become the most popular works of their kind since those of Mendelssohn.
£14.99
In stock
Catalogue Number
NI5411
Add to Wish List
Email
Skip to the end of the images gallery 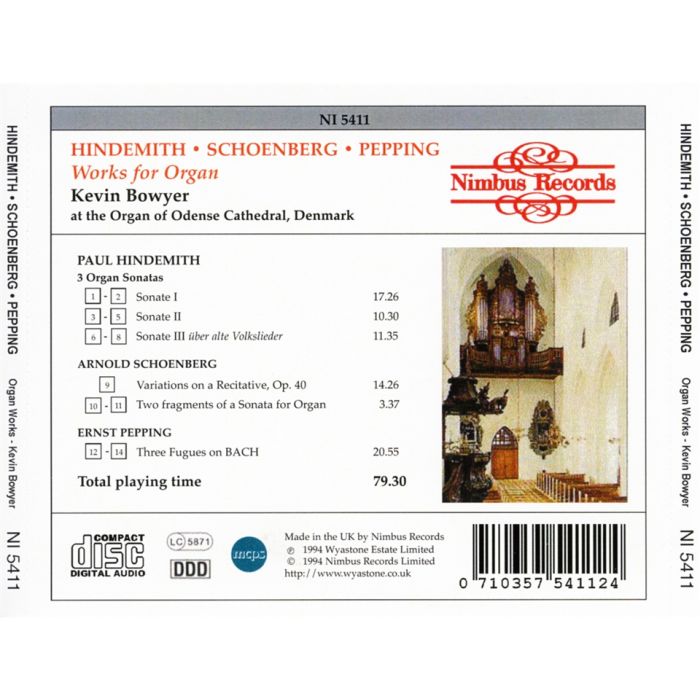