This, so far as I am aware, is the only recording that has ever been made of these concertos from John Stanley’s final years. Although the composer is fairly well known for his organ music, these concertos were published in 1775 for “organ, harpsichord or fortepiano” and – notwithstanding the obvious wish to appeal to the widest possible market – appear to have sold so badly that only one set of orchestral parts is now known to exist. These parts, in the library of the Marquis of Exeter at Burghley House, Stamford, were used as the basis for this recording, and the cadenzas, Gerald Gifford informs us in his booklet note, were improvised during performance in the proper eighteenth century tradition.
£10.99
In stock
Catalogue Number
CRD3365
Add to Wish List
Email
Skip to the end of the images gallery 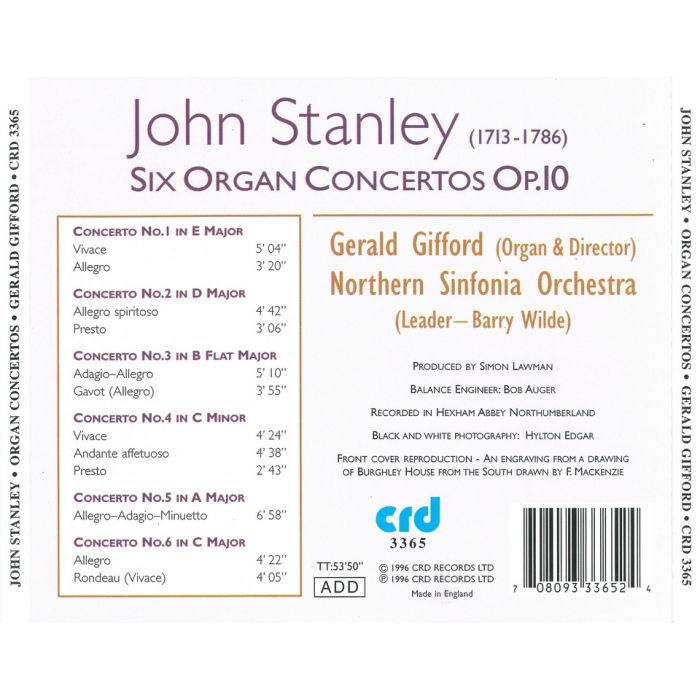