The art of the Cantor as it is now recognised, began some 250-300 years ago when the Baal Tefillah (Prayer Master) was inspired to embellish the basic liturgy with melodies that would enhance the chanting of each prayer, and engender a greater degree of religious fervour in his congregation. The Cantor would extemporize on those basic modal themes, perhaps adding remembered folk or classical melody, and decorating with flights of coloratura and floated falsetto head tones. It was not long before schools were opened, so that aspiring young Cantors could learn these rather complicated compositions. Later more formal training was found to be advisable at accredited Music Schools and Colleges to help train in vocal techniques and musicianship.
£7.99
In stock
Catalogue Number
NI7906
Add to Wish List
Email
Skip to the end of the images gallery 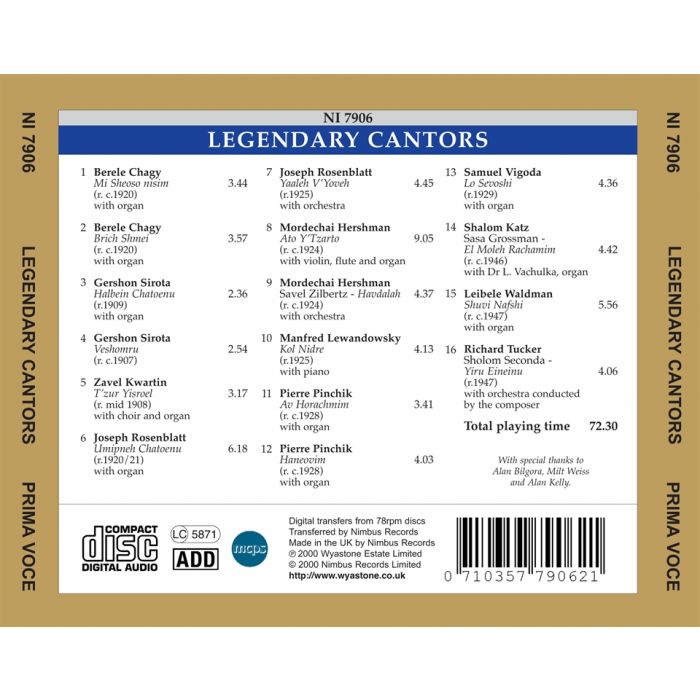