JOHN YORK. Following studies in London, Paris (where he won the International Debussy Prize) and Vienna, John York’s career has taken him around the world, the majority of his work being with cellist Raphael Wallfisch and York2 piano duo. Before these duos became established, some 25 years ago, he had played concertos with such orchestras as the London Mozart Players and the LPO, founded the successful York Piano Trio and Piano Quartet and accompanied a list of illustrious performers in the UK, Canada, Australia, the USA and many other countries. He was, for 33 years, Professor at the Guildhall and, for 20 years, Senior Music Head at St Paul’s Girls’ School in London, a position from which he has only just retired.

£19.99
In stock
Catalogue Number
NI5901
Add to Wish List
Email
Skip to the end of the images gallery 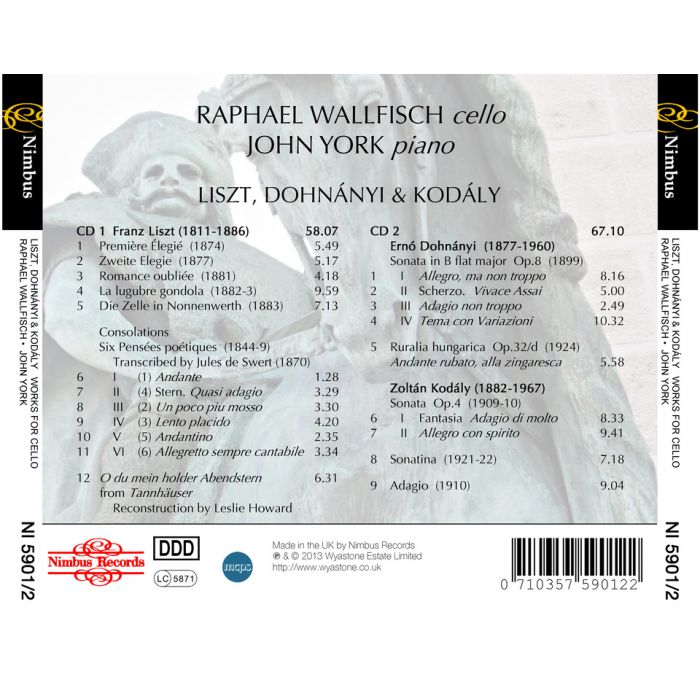