These two CDs present all the published recordings Bori made for Victor in New York from 1925-28, plus the final sessions accompanied by George Copeland in 1937. Bori, who was born in Spain but studied in Italy, made her debut in 1908 in Rome and moved swiftly to Paris (1910) and the Metropolitan, New York (1912) where she sang until 1936. Her voice was of modest size, but produced with a clear and delicate timbre, and her performances are always passionate, charming and intensely musical.
£14.99
In stock
Catalogue Number
NI7932
Add to Wish List
Email
Skip to the end of the images gallery 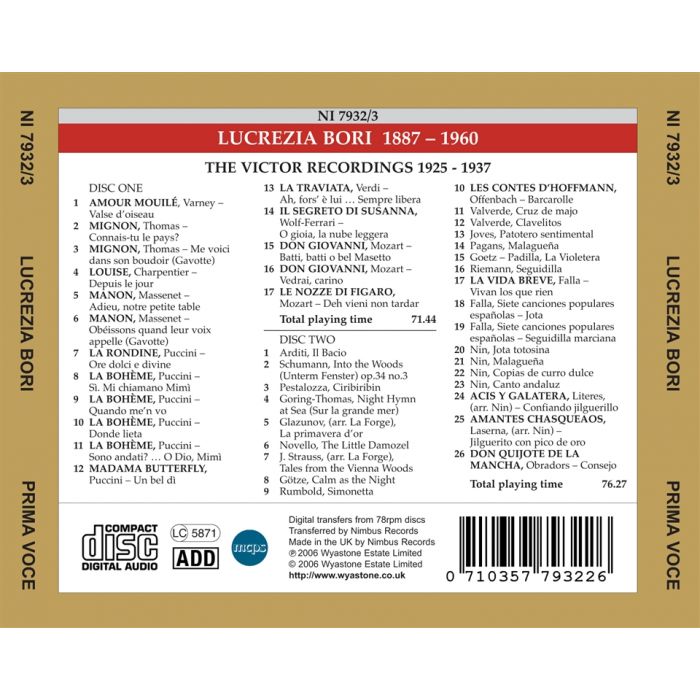