It is a remarkable coincidence that 2013 happens to be, along with Britten’s centenary, the 50th anniversary of Nocturnal, the 450th birthday of John Dowland and the 80th birthday of Julian Bream. In an attempt to mark all of these events, this recording presents, along with the Britten, three important works which span the fifty years which have followed it - Walton’s Five Bagatelles, Thomas Wilson’s Dreammusic, and John McLeod’s Fantasy on themes from Britten’s Gloriana, the latter composed specifically to mark Britten’s centenary, alongside short pieces by John Dowland.
£14.99
In stock
Catalogue Number
NI6226
Add to Wish List
Email
Skip to the end of the images gallery 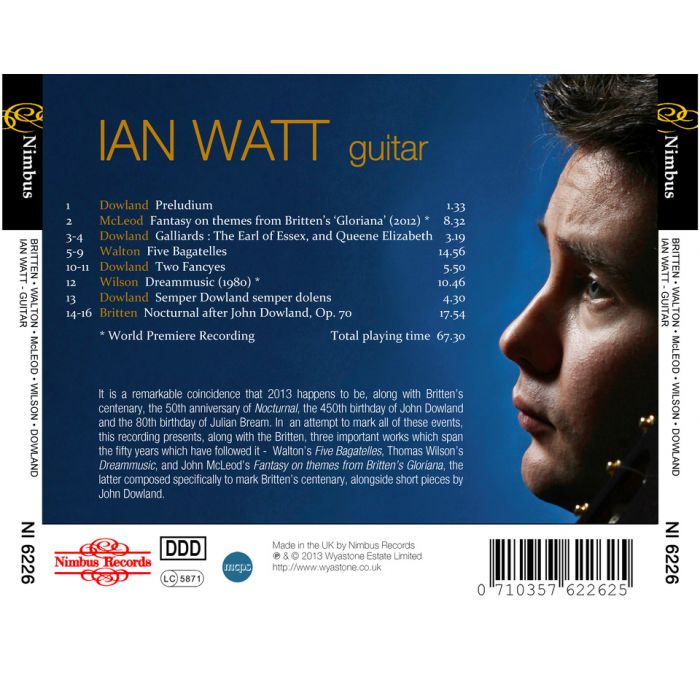