Founded in 1983, the Schubert Ensemble is firmly established as one of the world’s leading exponents of chamber music for piano and strings. Giving more than fifty concerts a year, the Ensemble has visited more than forty different countries, most recently having performed in Bermuda, the Czech Republic, the Netherlands, Norway, Spain, Canada, the United Arab Emirates, Romania, Italy and the USA and also made its first tour of China. In 1998, in recognition of its contribution to British musical life, it received the Best Chamber Ensemble Award from the Royal Philharmonic Society, being short-listed again in 2010. It has appeared on TV and radio in many countries and is heard regularly on BBC Radio 3.
£14.99
In stock
Catalogue Number
NI6277
Add to Wish List
Email
Skip to the end of the images gallery 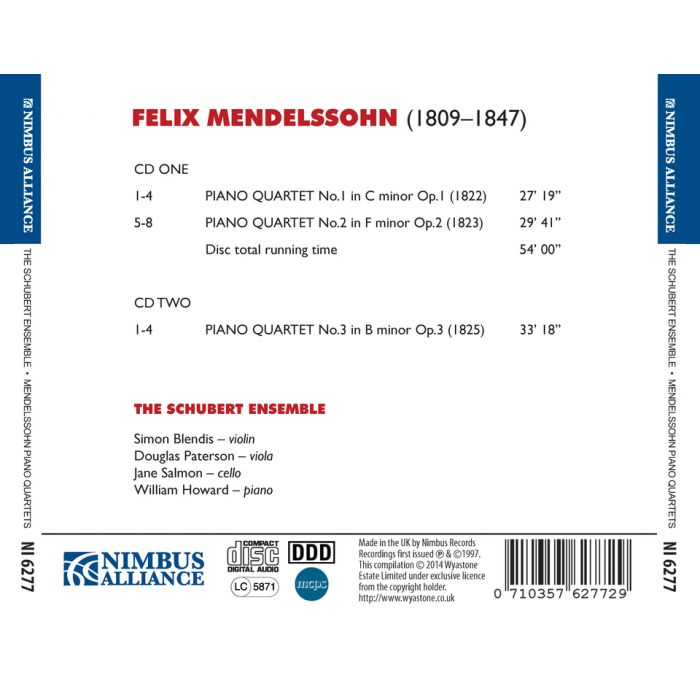