Scherzo in B minor

Prelude and Fugue in E minor

Variations in B flat major, Op. 83

Songs Without Words, Book One, Op. 19 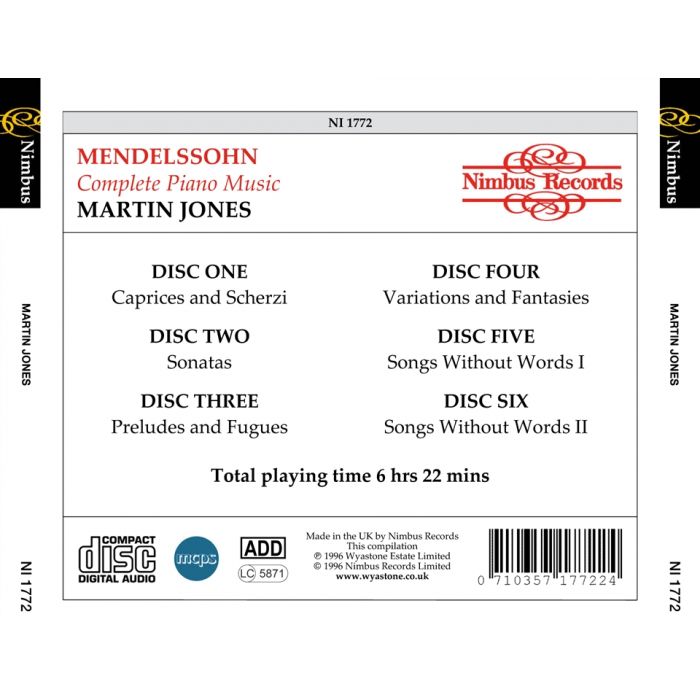