Rumba, like son, is a truly Cuban music. It is party music, collectively enjoyed and produced by the lower strata of Cuban society. It is believed that rumba was born in the suburbs of the main urban centres after the abolition of slavery in 1886. The freed slaves, who were mainly to be found in the countryside, did not possess any land and were forced to go to the cities to find work and shelter. In the courtyards of the overcrowded slums of the cities they created their collective feasts, called rumbas, tumbas, macumbas or tambos. Of all those denotations, the word rumba remained.
£14.99
In stock
Catalogue Number
NI5425
Add to Wish List
Email
Skip to the end of the images gallery 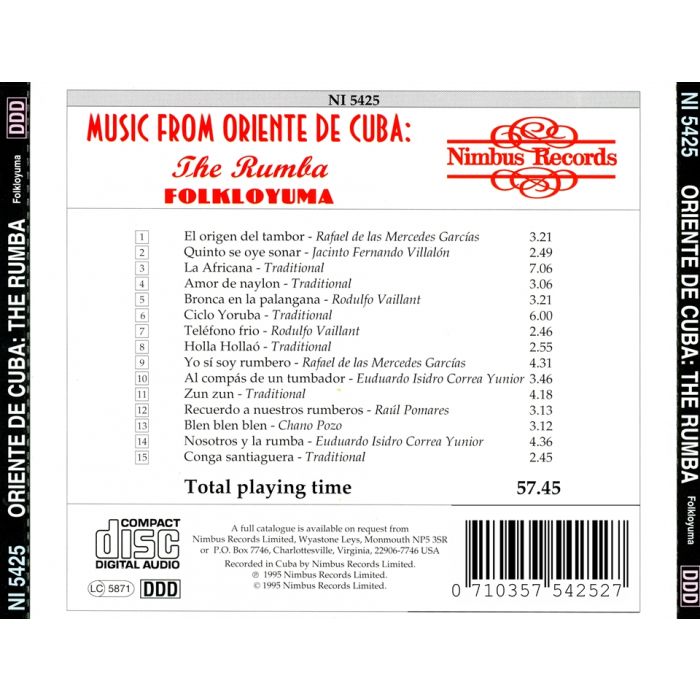