Cuban culture can be separated into three strands: the indigenous one, the Spanish one and the African one. In addition to this observation one needs to bear in mind another process commonly known as creolization, a new and truly local culture that can no longer be analysed as just the sum of the parts that created it. Son is a music that took both European and African elements and transformed them into a new indigenous art form. These elements, of verse structure, call and response singing and rhythm were combined in a way that a new music was born. Son can also be defined by region. The son recorded on this CD is from the region approximately 70 miles north of the northern capital of Santiago.
£14.99
In stock
Catalogue Number
NI5421
Add to Wish List
Email
Skip to the end of the images gallery 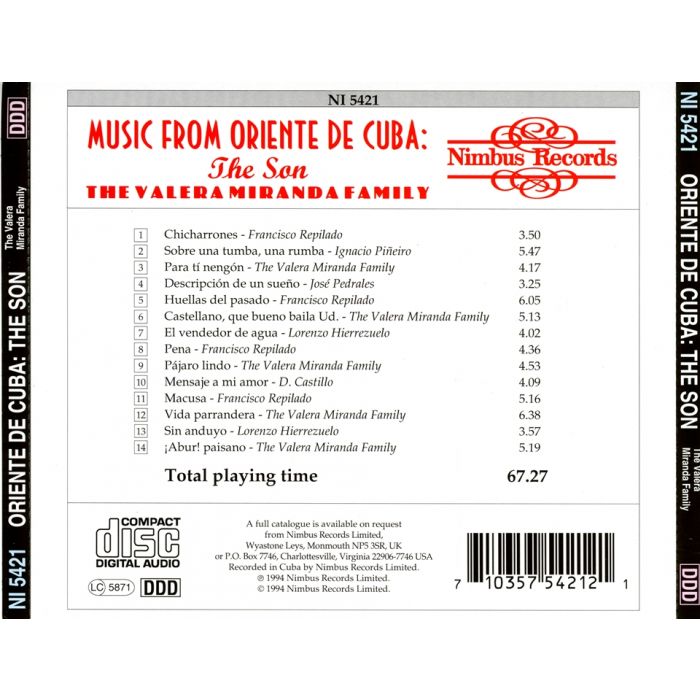